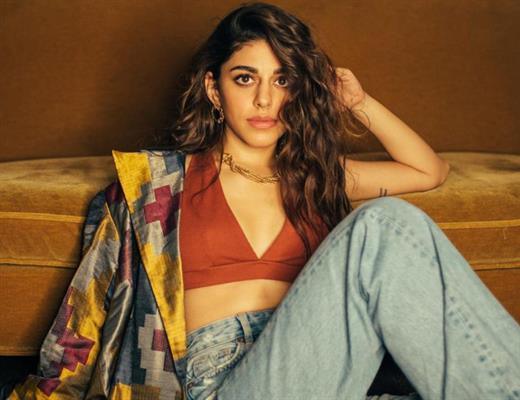 The fitness enthusiast Alaya F has always given a major fitness goal with her workout routines. While the actress constantly treats her fans by bringing some really amazing fitness videos, now she is back with yet another video showcasing her amazing flexibility.
While taking to her social media, Alaya shared a video where she can be seen performing some really amazing stretching poses that showcase her brilliant fit body. She also wrote the caption -
"Can’t think of a caption so I’ll just say hiiiii friendsssssssss! Hope your day’s going well!💕🙋🏻‍♀️😛 @pujiwoo"

While the fitness enthusiast Alaya never misses on her fitness routines, she has also seen sharing her amazing artworks with her fans on social media.
Meanwhile, on the work front, Alaya F will be seen in films like U-Turn with Ekta Kapoor, Freddy with Kartik Aaryan, and more unannounced projects.
Tags : Alaya F