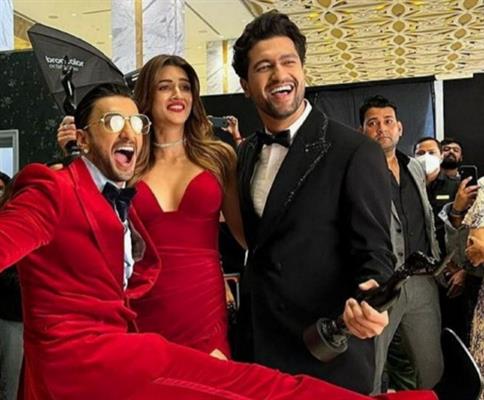 Yesterday night in a dazzling event, the 67th Filmfare Award were given.

Celebrities from Bollywood rocked the red carpet and stage with their shinning outfits as the coveted Black Lady of 67th Wolf777 were given to the winners.

The Best Actor And Best Actress awards went to Ranveer Singh for 83 and Kriti Sanon for Mimi.