Four looks from Harshvardhan Kapoor's wardrobe that are worth a disruption 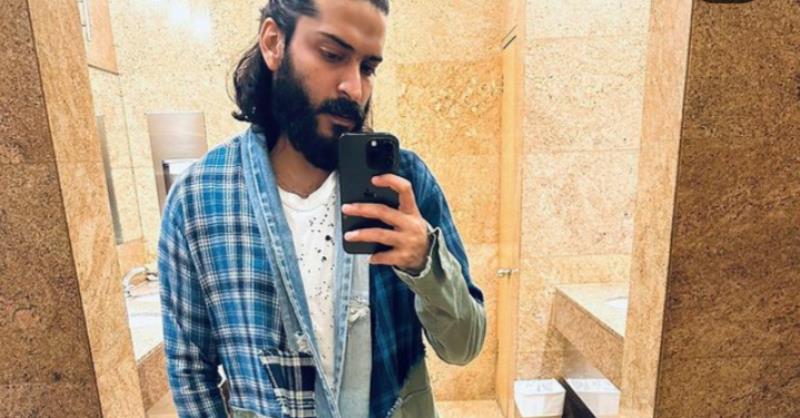 Harshvardhan Kapoor's Instagram handle is an endless scroll of sass and fashion. The Thar actor spares no chance to showcase his vivacity through his style and his experimenting fashion acumen. While the stunner aces every look he chooses to take on, here are four looks from his wardrobe that are worth striking a storm!

#1 The Class
Kapoor oozed charm in this cocoa double-breasted blazer and stunned all of his fans. His poise intensifies the look ten times more and we are absolutely taken aback by his style statement.

#2 Ecocentrist charm
Kapoor is a fierce experimentalist and we indeed see him exploring styles to see what will stand out. Being inclined towards ecocentrism, Kapoor chose to don a sustainable denim piece by Greg Lauren and shut everyone with his unique yet appealing style. Hot, isn't it?

#3 The Casual Charmer
Kapoor donned a decorative chain denim by Amiri with a navy blue casual tee. Despite being a blend of a casual and fancy look, the actor gives a chic vibe in the outfit, bringing out another shade of his experimental personality. Aren't we floored??

#4 Dye to die for!
It's astonishing how Kapoor aces every single look he embraces. He looks like a classy entrepreneur in this yellow-dyed suit from Amiri who likes to gulp on an espresso on a Monday morning and work throughout the day without losing on that poise.
Tags : Harshvardhan Kapoor