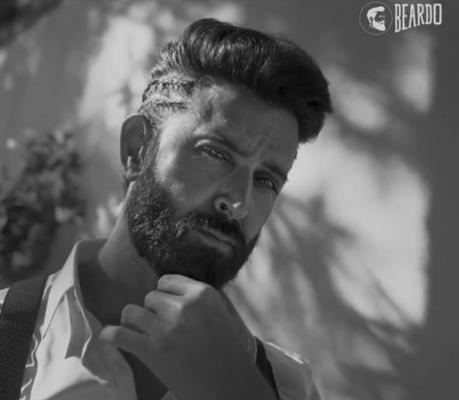 Hrithik Roshan keeps it real both on and off social media, he enjoys sharing glimpses of his life with fans every now and then. Whether it’s his workout, BTS from sets, time with his family, or simply him letting his hair down, the superstar does it all with a pinch of wisdom and humour!
Hrithik was recently on breakfast-duty and posted a picture of the scrumptious eggs and toast he cooked up for his kids. Posting an image of his culinary experiment, Hrithik Roshan with his signature humour, “My god! I surprise myself I tell you! I should cook more often. What a talent! I’m amazing :) ( all rubbish . But I choose to trust the little man hridz
While the superstar is a huge foodie himself, he never really had much time to dig right in and explore cooking, except when he took cooking classes with his kids.
The post like many of the superstar’s previous posts went on to trend on social media, with fans connecting Hrithik Roshan’s real life cooking to his reel depictions in the kitchen including the popular scene from his debut film ‘Kaho Na Pyaar Hai’ where his character cooked an omelette and later in ‘Zindagi Na Milegi Dobara’ where he is preparing a meal for all his friends in Spain.
The superstar's fans were quick to reminisce about these blockbusters and even remembered the dialogues centered around it, speaking volumes for Hrithik Roshan's popularity  and crazy fandom