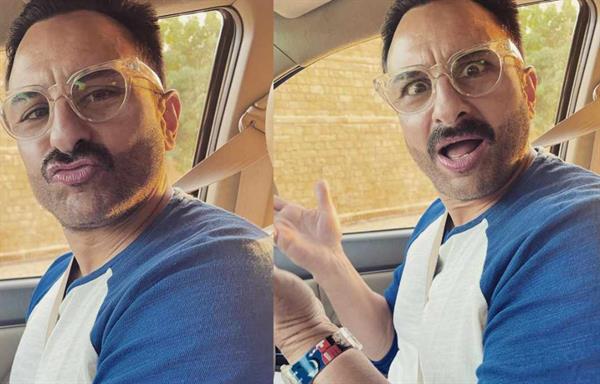 Saif Ali Khan celebrating his 51st birthday today. Saif, made his acting debut with 'Parampara' in 1993 has gone on to deliver several blockbusters on the silver screen and is known for playing a wide variety of roles.
Saif Ali Khan's pretty wife Kareena Kapoor shared a adorable photo on her Instagram handle and wrote"Happy Birthday to the Best Man in the world ♥️You make this Crazy ride Crazier and god I wouldn’t want it any other way..These pictures are proof 🤣🤣♥️I Love you my Jaan and I have to say your Pout is way better than mine …♥️♥️  What say guys?  #Birthday Boy#My Saifu.
On the other hand, Saif Ali Khan will be seen starring alongside Hrithik Roshan in the movie 'Vikram Vedha'. The film is a remake of a Tamil neo-noir action thriller with the same name. It also stars Radhika Apte.
Check out Kareena Kapoor Khan's photo below.