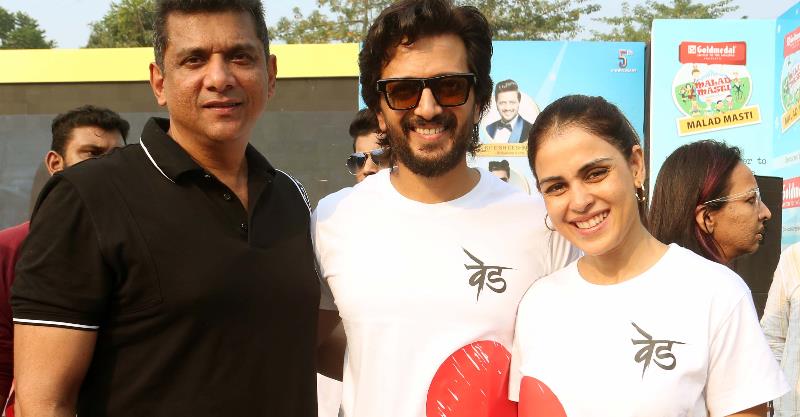 Malad Masti, an event that was attended by many celebs like Riteish Deshmukh, Genelia Deshmukh,Varun Sharma,Faisal Shaikh and Ganesh Acharya near Inorbit Mall ,Malad West . The idea behind this event is about how people should step out and meet friends, watch new things and enjoy, rather than just watch things on their mobile at home. The event is giving an opportunity to people to enjoy and spend a good weekend outside their homes.
Malad masti is not just an entertainment event but a means to connect entertainment and families and bring awareness.
MLA Aslam Shaikh said that the main aim and message of the event this year revolves around child abuse. It is important that people are made aware and children should be protected against evil forces in society.
The event was held at Back road near Mind space. This is the 5th year of Malad Masti and it is being supported by Gold Medal Switches