Sara Ali Khan remembers her ‘Kedarnath’ days by repeating her iconic outfit of the character, Mukku 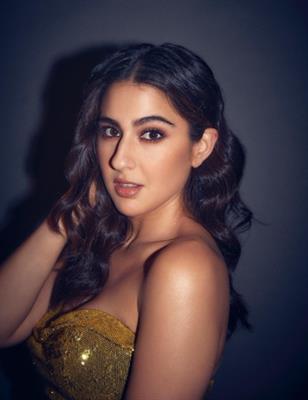 Bollywood actress Sara Ali Khan is all nostalgic today as she remembers her Kedarnath days. The actress who marked her debut in 2018 with the film Kedarnath had managed to grab the attention of the entire country with her sweet and sentimental performance as Mukku. The story evolved around a reserved Muslim porter, Mansoor (Sushant Singh) falling in love with the beautiful and rebellious daughter of a Hindu priest, Mukku. The film narrates the love story of Mukku and Mansor being tested by misunderstandings and nature's wrath.
Kedarnath, next to Sushant Singh Rajput gave a blossoming debut to Sara, and to date, the actress remembers how beautifully her debut film was accepted by the audience. Taking to her social media, she shared a very heartwarming post about wearing the outfit she wore during her debut film days.
In the caption, she wrote “Decided to repeat my Kedarnath wardrobe 💜❤️💛 Sometimes repeating is the closest to reliving 🙏🏻🔱”

Meanwhile, on the film front, the actress was spotted shooting for ‘Gaslight’ with Vikrant Massey. Sara Ali Khan has wrapped up major portions of two films of the year and is all set to start with the third film, which is yet to be announced.