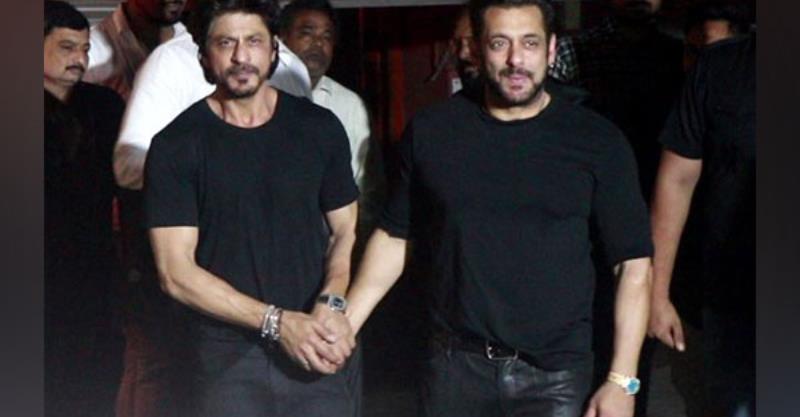 Salman Khan had a very intimate birthday bash for his close friends and family at his sister Arpita’s house in Mumbai. The actor, who turned 57, usually celebrates his birthday at his Panvel farmhouse. However, this time around, he chose a venue closer to his house.

Salman personally escorted Shah Rukh back to his car. Shah Rukh left at around 5.30 am and was at the party for around two to three hours. Both were twinning in black and fans can't keep calm to see their favorite actors together.
Check out pictures below: