Shobhita Dhulipala glosses up her charm in black dress 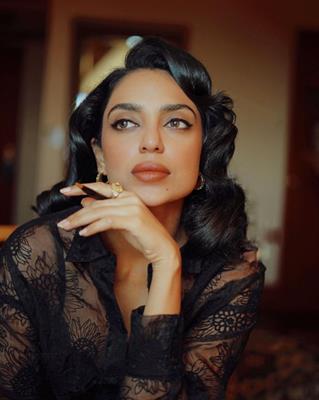 Shobhita Dhulipala explores the royalness of her beauty in this black attire
Shobhita Dhulipala is definitely a prominent fashion icon when it comes to adapting the unique styles in her photoshoot and this time the diva is seen presenting a different shed of her personality in the black attire.
Recently the actress took to her social media and shared some classic pictures of herself in which she took a beautiful black attire that signifies the royalness of her personality.
According to the recent updates, Shobhita has wrapped up her much-awaited 'Made In Heaven' season 2, and earlier, she was spotted at the airport while she was traveling to Jodhpur for her upcoming.