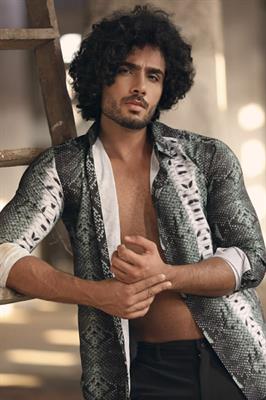 Fashion model Laksh Dedha, won the title of the youngest 'Mr. India' after being crowned as India's official representative in the Mr. Grand International Pageant. Laksh Chaudhary is now another entrant in Bollywood to share such an experience as he opened up about his modeling days.

He also revealed a shocking casting couch experience. What happens behind the glitz and glamour of the ramp can shock even the boldest. Laksh Dedha, model and ex- Youngest Mr. India concurs, “I have a lot of friends in the industry who are accused of casting couch. But I realised, we cant clap with just one hand.

So one day, I asked a big coordinator from the industry on why people ask for such compromising favors. He immediately opened his phone to show me his WhatsApp where the models have themselves sent in their private pictures. He told me when models throw themselves at me, why shouldn't I take up the opportunity. There is mistake from both the sides.

There are some genuine casting directors and models but there are also some, who are ruining it for themselves and others.” You would agree that casting couch is not restricted to any one industry. Be it the telly world, mainstream cinema --Bollywood, Hollywood--or the fashion industry, cases of sexual harassment crop up every now and then.