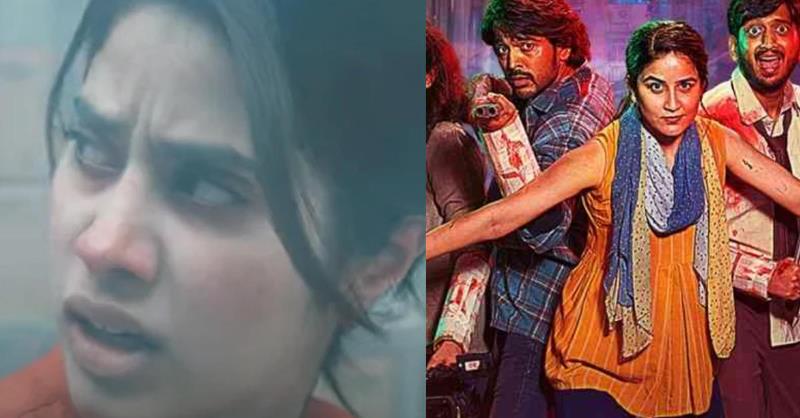 You are probably finished with our list of the most underrated Bollywood movies and the ones that are way ahead of their time. Now it’s time to treat yourself with these amazing survive thrillers that are sure to keep you at the edge of your seat with their twisted endings. Check out the list below:

Mili is an upcoming Indian Hindi-language survival thriller film directed by Mathukutty Xavier and produced by Boney Kapoor. The film stars Janhvi Kapoor, Sunny Kaushal and Manoj Pahwa. A remake of the director's own 2019 Malayalam film Helen, it follows a woman stuck in a freezer fighting to stay alive.

Zombivli is a 2022 Indian Marathi-language zombie comedy film directed by Aditya Sarpotdar. The film starred Lalit Prabhakar, Vaidehi Parshurami, Amey Wagh and Trupti Khamkar. It was released on 26 January 2022. The film was released on ZEE5 on May 20, 2022.

Maryan is a 2013 Indian Tamil-language drama film directed by Bharat Bala, and produced by Venu Ravichandran, under the banner Aascar Films, starring Dhanush and Parvathy Thiruvothu.

A couple spend a weekend at a vacation rental home in the Italian countryside in an attempt to repair their relationship, but soon become victims of the homeowner's sinister plans.

NH10 is a 2015 Indian Hindi-language action thriller film directed by Navdeep Singh and written by Sudip Sharma. It stars Anushka Sharma, Neil Bhoopalam, Darshan Kumar, and Deepti Naval. The film was conceived by Singh and written by Sudip Sharma, who were inspired by some real-life honour killing murder cases. The soundtrack album was composed by Sanjeev-Darshan, Bann Chakraborty, Abhiruchi Chand, Ayush Shrestha, Savera Mehta and Samira Koppikar. Arbind Kannabiran served as the film's cinematographer and Jabeen Merchant was its editor.

Trapped is a 2016 Indian Hindi-language survival drama film directed by Vikramaditya Motwane, who also co-produced it with Anurag Kashyap, Vikas Bahl and Madhu Mantena under the banner of Phantom Films.  The film's music and background score was composed by Alokananda Dasgupta, with lyrics by Rajeshwari Dasgupta. Siddharth Diwan was the cinematographer, and Nitin Baid the editor. Motwane got the idea for the film from an e-mail from writer Amit Joshi.

Life of Pi is a Canadian philosophical novel by Yann Martel published in 2001. The protagonist is Piscine Molitor "Pi" Patel, an Indian boy from Pondicherry who explores issues of spirituality and metaphysics from an early age.