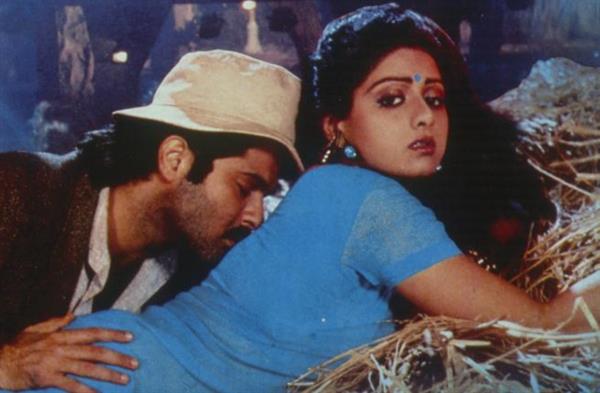 Anil Kapoor's Mr India remains the favourite superhero film of any 80s kid. Over the years, it has gained a cult status - not only because it enthralled us with an ingenious treatment where an unassuming and unremarkable guy turning into a saviour for the oppressed but also a fondly remembered villain Mogambo and the sensuous dance number of Sridevi , " I love you".
As the iconic film turns 35 years today, i reminisce some of its fascinating tidbits. Thankfully, this is one of the most talked about and 'completed' films of Shekhar Kapur who was (in)famous for abandoning projects midway.
This was the last collaboration of the illustrious scriptwriter duo Salim-Javed who had written it keeping Amitabh Bachchan in mind.But destiny had other plans.The film catapulted Anil Kapoor to a new high.Shekhar Kapur started getting regarded as a hot-shot director. Personally, it was Sridevi's joie-de-vivre that gave Mr. India it's unique feather. She oozed sexuality from every pore of her being in the much-raved 'Kaate Nahin Kat te yeh din yeh raat' with finesse! So do Alisha Chinoy's pearls of the playback.
Many trade analysts of that time firmly opined that the film should have been named Miss India, rather than Mr.India for her breezy performance and dazzling screen presence. She was actually the 'Bijli ki Raani', a mondegreen for the famed Kavita Krishnamurthy number ' Bijli Giraane Main hoon Aayee...Kehte hain mujhko Hawa Hawayee" , re-popularized after 30 years in Vidya Balan's Tumhari Sulu!
It also kicked off the long lasting camaraderie between Satish Kaushik and Anil Kapoor. The former played the jocular ' Calendar' to Kapoor's mild-mannered Arun - who garners superhero capabilities by the help of a magical cloaking device that grants him invisibility and fights against the empire of Mogambo , the iconic and menacing antagonist deliciously played by Amrish Puri , clad in outrageously outlandish outfits !
But the sartorial exaggeration of Puri Saab and his henchmen comprising Sharat Saxena and Ajit Vachani don't feel outdated.So do it's special effects ! Mr. India was a true labor of love and a classic case of compassionate film-making which explored core human values of empathy, simplicity and triumph of the human spirit.
Actor Aftab Shivadasani and choreographer turned director Ahmed Khan were child actors in this extravagant saga, played inhabitants of the orphanage run by Anil Kapoor's character.If trivia are to be believed, Annu Kapoor who played Sridevi's incredulous boss actually had to change his real name(Anil) because of the obvious clash and confusion!
Powered with generous doses of slapstick humor, drama, thrills and infectious music, it makes a compelling case of exuberant storytelling despite its silly contrivances.
I leave aside all my stuff whenever it airs on the TV and submerge myself in its irresistible glory.
Tags : Mr.India Anil Kapoor amrish puri sridevi