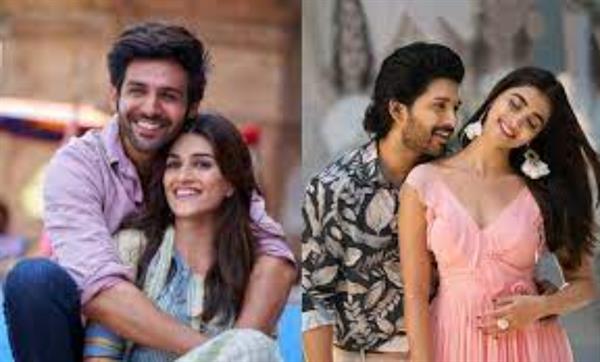 So the expected Allu Arjun's ‘Dhamaka’ on 26 January 2022 – release of the Hindi Ala Vaikunthapurramuloo is not happening.

Imagine if the producers of Ala Vaikunthapurramuloo and Shehzada where different and/or the star of the original was not a near and dear one of the common producer. Allu Arjun is the son of Allu Aravind.

According to reports Allu Aravind had initially sold the dubbing rights for a theatrical release to Manish Girish Shah and he managed to convince Manish Shah, promoter of Goldmines who holds the dubbing rights.

What would have happened if Manish Shah had refused?.

Two statements have been released one says, “The film release in Hindi version has been cancelled, given the Covid scenario currently. Also, with ‘Pushpa: The Rise’ still running successfully in theatres across the country, it won't be a wise decision to have another Allu Arjun film in theatres at the same time. Interestingly, despite 'Pushpa' being released on OTT, people are still flocking the theatres to witness the magic of their favourite superstar on the big screen."

Another one says, “Manish Shah, promoter of Goldmines, along with the makers of Shehzada have jointly decided to withdraw the theatrical release of Ala Vaikunthapurramuloo Hindi version. Shehzada makers are thankful to Manish Shah for agreeing to the same (sic)."

Covid doesn,t seem to be the reason. Allu Arjun’s father Allu Aravind has turned the savior for Kartik Aryan’s Shehzada.

Difference between Ala Vaikunthapurramuloo and Shehzada 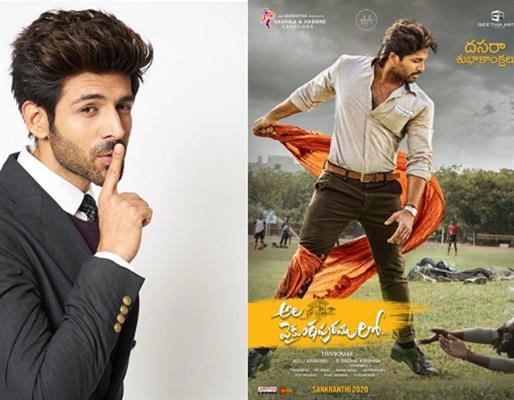 Shehzada is schedule to release on November 04, 2022. It’s now at shooting stage. This is January but still there is a worry. The worry is right any producer will worry but there is a difference between remake and dub.

People will see Kartik Aryan in November in the ‘remake’ version made by Rohit Dhawan.

Ala Vaikunthapurramuloo is written and directed by Trivikram Srinivas who has an illustrated body of work and won many awards.

Please note Hindi dubbed version of Ala Vaikunthapurramuloo will not release in theatres but Manish Shah is most likely to release the Hindi version on his satellite channel Dinchaak this February.

The Telugu and Malayalam version of Ala Vaikunthapurramuloo is already streaming on Netflix.

Right now, Kartik Aryan should count and thank each and every star he can see from his naked eye tonight before going to sleep.