Annaatthe, Antim, Satyameva Jayate 2 : meet the ‘bhai’s who took the internet by storm 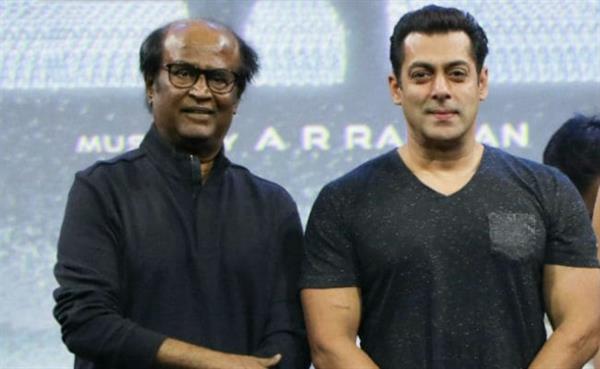 Rajinikanth, Salman, John & Aayush: the ‘bhai’s who ruled the week.

Its bhai v/s bhai – brother v/s brother in (Satyameva Jayate 2), bhai for behen – brother for sister in (Annaatthe) and the good bhai v/s bad bhai – god guy v/s bad guy in (Antim: The Final Truth) the world of the movie industry was ruled by this ‘bhaigiri’ that stormed the internet social media and wooed the world all over.

The superstar Rajinikanth and the recipient of the prestigious Dada Saheb Phalke Award will be seen as a loving and protective brother of Keerthy Suresh.

Annaatthe is the story of Kaalaiyan (Rajinikanth), a family man, loved by all and can go at length to protect his younger sister (Keerthy Suresh).

Keerthy Suresh has left the house after her marriage. All is normal until one day, a goon played by Jagapathi Babu makes an entry and disturbs the entire peace of the household.

Annaatthe is directed by Siva and produced by Kalanithi Maran. It also stars Prakash Raj, Meena, Khushbu, Vela Ramamoorthy, George Maryan and Kabali Vishwanath, among others.

In Satyameva Jayate 2, John Abraham plays a triple role of a father and his twin sons. The trailer shows two brothers pitted against each other while they are on a mission to fight against injustice, corruption and misuse of power.

The Salman Khan v/s Aayush Sharma war got more power and force when we saw the tussle between Pune ka bhai - Aayush Sharma as a dreaded gangster and Hindustan Ka Bhai - Salman Khan as upright police officer up against each other.

That’s the bhai the fans over – the Salmaniacs love isn,t it.

Presented by Salman Khan Films, Antim: The Final Truth is produced by Salma Khan Films. The film is set for a theatrical release on November 26.