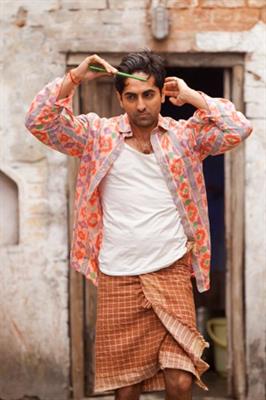 Dum Laga Ke Haisha has completed 7 years, the game changer for Yash Raj Films, Ayushmann Khurrana and Bhoomi Pednekar will be remembered for its pure gold quality of bringing that old vintage joy to audience in theatres.

Young Bollywood star Ayushmann Khurrana delivered a landmark performance of his career in the unanimously lauded Dum Laga Ke Haisha (DLKH) which made a statement about the need for body positivity and told society to not color people with stereotypes which become a hindrance for love to grow. On the 7th anniversary of the film, the poster boy of content cinema in India today, speaks about how DLKH taught him the biggest lesson of his career!

Ayushmann says, “My journey in cinema has been filled with learning’s and have been lucky enough to chance upon great mentors and incredible scripts. When I debuted with Vicky Donor, I was lucky to have found someone like Shoojit Sircar who guided me and shaped me as a performer and a hero. I became an overnight star and trust me, no one can prepare you for it! You do feel slightly lost when such an overwhelming moment arrives. I have to admit that I didn’t know what hit me. I didn’t know which films to choose and which ones to avoid. I didn’t have a direction on how to handle my career.”

Ayushmann saw a lean patch after the stupendous success of Vicky Donor but he course corrected himself with Dum Laga Ke Haisha. Post the film’s massive impact, Ayushmann has never looked back and has consistently backed blockbuster social entertainers, earning him the prestigious tag of being one of the Most Influential People in the World by TIME Magazine.

Ayushmann says, “I made mistakes along the way. I told myself to pivot to focusing on doing what I came to the industry for - find compelling stories and be a part of the best content films being made by the most maverick directors. This is when Dum Laga Ke Haisha happened to me and I will be forever grateful to this film because it taught me the biggest lesson of my career - it told me to choose content first!”

He adds, “The incredible reaction to Dum Laga Ke Haisha showed me that my path in the industry was to pick the best scripts, tell the most disruptive, engaging and entertaining stories and that success will follow! I haven’t second guessed myself ever since. I know that my destiny in cinema is to dish out films that audiences have no reference point of. I have single-mindedly tried to do just that.”

Ayushmann will be seen next in films like Anubhav Sinha’s Anek, Doctor G and Aanand L. Rai produced Action Hero. 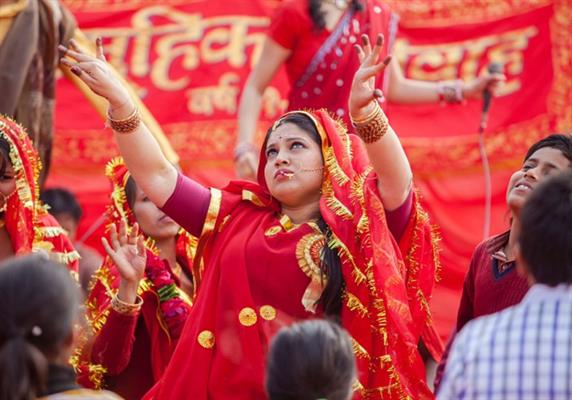 Young Bollywood star Bhumi Pednekar burst into Bollywood with an incredible performance as an overweight yet supremely confident girl, Sandhya, in Dum Laga Ke Haisha (DLKH). On the seventh anniversary of the landmark cult classic, which also incidentally marks her seven year journey in cinema, Bhumi credits the Sharat Katariya directorial for giving her the perfect launchpad as an actor in the industry!

Bhumi says, “Dum Laga Ke Haisha was a watershed moment of my career. Looking back, I was truly blessed to have this film as my debut because it is always tough to get a forward-thinking film that projects women in the correct light and DLKH was making bold statements about body positivity! Films like this don’t get made every day and I have to thank Maneesh Sharma, Sharat Katariya, Aditya Chopra and the entire team for trusting me with this beautiful role that has now become an example of how women should be portrayed in cinema.”

Bhumi says she always wanted to redefine feminism in cinema through her choice of films and the success of DLKH enabled her to understand that people wanted to see women of substance on screen.

She says, “DLKH was validating for me not just as an actor and a performer but also as a woman who was trying to redefine feminism through her work. I always believed that I became an actor for a purpose - it was to be a part of great cinema and to play great women on screen that aimed at changing the narrative of how a girl is seen by society.”

Bhumi adds, “DLKH gave me the confidence to march forward with this ideal that I had in my head and my body of work speaks for it today. It is the most special film of my life and I owe everything to DLKH because it told me that dreams do become destiny.”

Also Read :Ali Bhatt opens up on Gangubai Kathiawadi, her preparations, experience in a candid interview