Ranveer Singh, Shehnaaz Gill and others expressed their shock after the demise of Sidhu Moose Wala 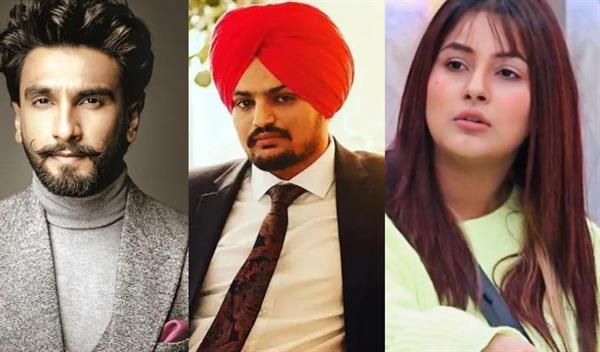 Shubhdeep Singh Sidhu better known by his stage name Sidhu Moose Wala, was an Indian singer, rapper, actor and politician associated with Punjabi music and Punjabi cinema. He started his career as a songwriter for the song "License" by Ninja, and began his singing career on a duet song titled "G Wagon". Following his debut, he collaborated with Brown Boyz for various tracks which were released by Humble Music.
Moose Wala was known for his controversial lyrical style, often promoting gun cultures, while also challenging religious sentiments as was the case related to Mai Bhago, a revered figure in Sikhism. He had faced legal challenges for promoting gun culture and using inflammatory and inciting lyrics in his songs.
As of 2022, there were four ongoing criminal cases against him. Moose Wala was a member of the Indian National Congress, and unsuccessfully contested the 2022 Punjab Legislative Assembly election from Mansa. He was shot dead by unidentified assailants on 29 May 2022.
The news of his death left everyone shocked. Many celebs condoled the singer's death. Kapil Sharma, Shehnaaz Gill, Vishal Dadlani and others took to social media to mourn Sidhu Moose Wala's demise.
Check out the tweets below. 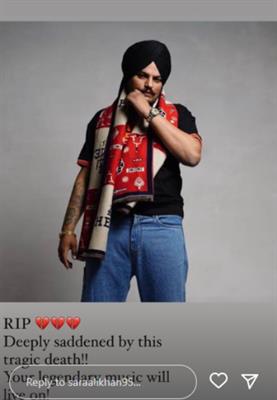 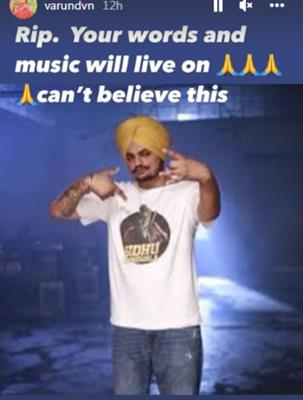 "RIP. Your words and music will live on. Can’t believe this,” actor Varun Dhawan wrote on his Instagram story.

Satnam shri waheguru 🙏 very shocking n very sad, a great artist n a wonderful human being, may god give the strengths to his family 🙏 #sidhumoosewala pic.twitter.com/hfMDxxxBRt 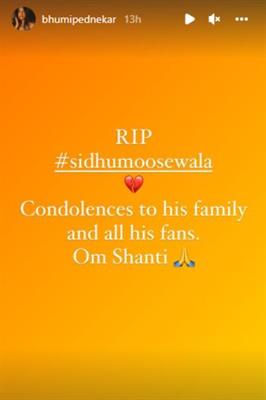 Bhumi Pednekar took to Instagram to express her loss.

This is such tragic & shocking news!! #sidhumoosewala shot dead in Punjab. A music icon, a legend! My deepest condolences to his family & his fans across the world. Hope the perpetrators are brought to justice. May God grant his soul peace. This is truly sad💔🙏🏼 pic.twitter.com/LKZUXh3mxh

Sophie Choudry was also one of the celebrities to have felt loss. She tweeted,

I only knew #SidhuMoosewala through his music, yet the news of his demise has cut deep. India has very few authentic modern artists. He was right on top of that list.

I'm without words. He's a legend, his voice, his courage & his words will never be forgotten.

What a sad day!

Vishal Dadlani thought of Moosewala as an "authentic modern artist" and said his courage and legacy will never be forgotten. He wrote on Twitter,

Jimmy Sheirgill, who is known for his contribution to Punjabi and Hindi cinema wrote,

Dark day for the artist and music community. We lost a true gem.

RIP @iSidhuMooseWala paaji.. may your family and friends have the strength to deal with this loss..

Armaan Malik also took to Twitter to express his sadness.