SRK: The phoonk that blew away all the thookh of hatred 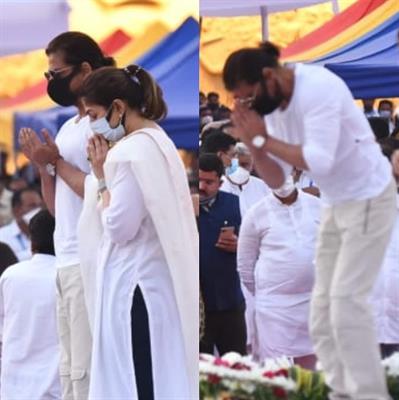 It was a picture of true united secular India when King Khan Shah Rukh Khan recited a dua for the late legend Lata Mangeshkar whose body was laid to rest yesterday with full state honours.

Yesterday evening at Mumbai's Shivaji Park, while paying his tribute to Lata Mangeshkar fondly called as Lata Didi, Shah Rukh Khan recited a dua and then touched Lata Didi’s feet, and also did a parikrama (took a round around his body) with folded hands. During his tribute, Shah Rukh Khan remove his mask and blew (phoonk) done to remove the bad influence away if any around.

However, Arun Yadav, who calls himself the State In-Charge of BJP's IT cell in Haryana, on his twitter handle questioned the gesture and started spreading negativity and hatred by asking whether the superstar spat on Lata Didi's mortal remains.

Arun Yadav’s remark was so insensitive, ill-timed, full of hate and absolutely unacceptable.

Obviously, the BJP leader got scolded and criticised for his insensitive and wrong remark doubting whether Shah Rukh Khan 'spat' on singer's mortal remains.

A user wrote, "Its blowing after making prayers & is a gesture of passing blessings for the salvation of the departed soul, as per Muslim rituals. But going by the amount of hate content u put up & never miss out on promoting enmity, " 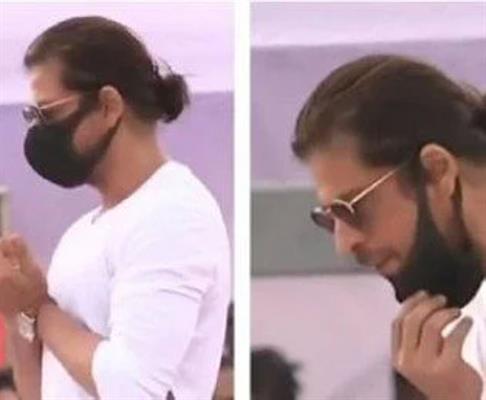 This is so unfortunate. The legendary Lata Mangeshkar who crossed all barriers and enlightened Indians right for decades and after decades. The singer which made our first PM Pandit Jawarharlal Nehru cried in 1963 with Ae Mere Watan Ke Logo and after around fifty nine years on Sunday 06, February 2022, the current PM Shri Narendra Modi of the same BJP flew to Mumbai to pay his last respect to the true Indian legend.

Lata Mangeshkar is not juts a legend, the Swar Kokila of India, an inspiration, Lata Mangeshkar aka Lata Didi is almost like Maa Saraswati (The goddess of learning and wisdom) to many aspiring and established singers, artiste etc.

The picture of Shah Rukh offering dua while his manager Pooja Dadlani offering prayers went rightly viral and true Indians and rational netizens rightly lauded the gesture, but some haters will never understand.

Many have captioned the picture as My India and yes, it is.