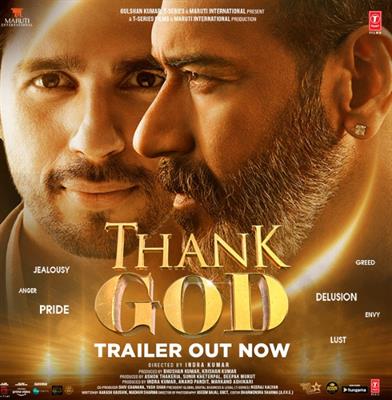 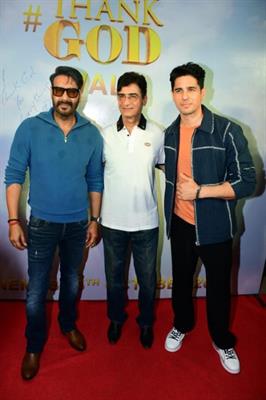 Yes, you read it right. The full on entertaining Diwali trailer which we have seen was actually the original first trailer/teaser to be launched.

During the Thank God Diwali trailer launch event in Mumbai which was attended by Ajay Devgn, Sidharth Malhotra and director Inder Kumar, the prolific entertainer Inder Kumar shared this interesting trivia with us.

When asked whether to release the trailer showing Ajay Devgn as Maharaj Chitragupt in the traditional costume laced with ornaments and welcoming Sidharth Malhotra in Sanskrit was a planned move considering the negativity and boycott calls from certain section of society regarding the depiction of Maharaj Chitragupt in the modern suited booted avatar as seen in the previous trailer?. 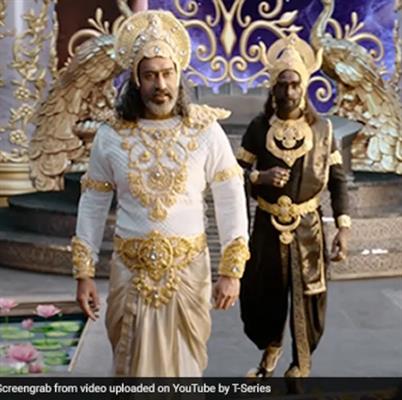 Ajay Devgn said that he was more comfortable in the modern avatar as Maharaj Chitragupt in the movie as he is not used to wearing those mukuts, ornaments, dhoti etc.”

Sidharth Malhotra is happy and very much delighted

Sidhart Malhotra is very delighted to be a part of what he considers to be his first major family entertainer a wholesome comedy which he has not done before. And is very optimistic that this Diwali is the first after lockdown

Which will be no mask affair and is hopeful that more and more people will flock in to enjoy the movie during the major Indian festival.