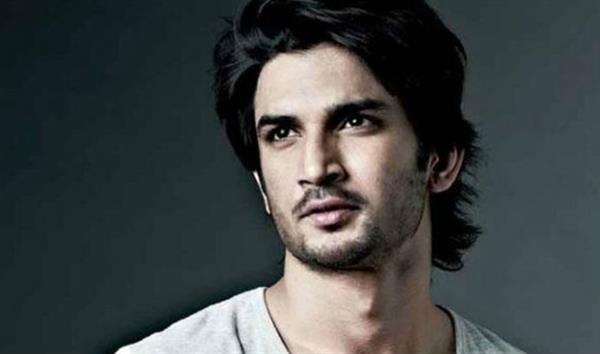 Its 102 days today and the speculations are running not out ranging from murder, suicide, homicide, drug peddling, mafia, feminisms, human rights, communalisms, cry for boycott, ugly, dirty trolls full of hate, politics and what not.

The media debate has turned into a disgusting joke, all the decency and credibility of unbiased journalism is dying a brutal death daily.

All noise, no voice.

We don,t know the reason behind the death of Sushant Singh Rajput – an actor, philosopher, mathematician and a great dancer who cherished looking at those real stars in the galaxy through his telescope and dreamt of becoming one of those and came to Bollywood.

But we are getting constantly reminded that the movie industry – Bollywood especially is a place of drug addicts, womanisers, here nepotism prevails and an outsider stands no chance. Worst, the industry where great singers like Mohammed Rafi a Muslim passionately sang ‘Madhuban Mein Radhika Naache Re..’ is labelled as an industry ruled by Moghuls.

The most shocking and unfortunate demise of a talent like Sushant Singh Rajput has turned into a game for all those who can benefit from this ongoing mad circus.

The main issue – the reason behind the death is side-lined and personal agendas have taken over everywhere.

Sushant Singh Rajput came 7th in the all India ranking of Delhi College of Engineering Entrance Examination in 2003. A gifted dancer and of course a brilliant actor, it was his dream his passion to be a movie star since at the age of 10. He idolised Shah Rukh Khan and like King Khan was a favourite amongst the female folks.

The shocking and unfortunate demise of Sushant Singh Rajput has triggered a debate on nepotisms.

In my humble opinion nepotisms prevails in every field and film industry is not an exception.

I think people are getting confused between power play and nepotisms.

A person desire to pass his legacy to his children is a human tendency and it will exist till time last, it will always be your calibre, talent that will make the difference.

But it should be limited in giving the initial platform and not entire career management.

Sushant Singh Rajput had a dream, and nobody has the right to stop someone from dreaming.

The matter is under investigation, Rhea Chakraborty is under custody and the ugly controversy regarding the use of drugs in the film/movie industry is shocking terribly as if the whole world is immune to the usage of drugs.

Kangana is getting the support of BJP, so those celebrities who are not supporting BJP are on the radar of nepotisms, drugs and are getting targeted… who knows.

The workplace of Kangana Ranaut got demolished by the Maharashtra Government ruled by Sena and NCP. Sena and NCP are against BJP.

The Maharashtra government didn,t had any other important thing to do at that time.

What is the ruling BJP government doing about situation with China, the Covid – 19, Corona scare.. this time..?. who will dare to share all this?

The major TV media has nothing more important then SSR and Rhea to do nowadays 24x7. This is ‘Rhe’ality TV lacks reality, depth and insight. Its OTT irritating buffoonery.

Chalo… jaane do.. come back to the film industry matlab Bollywood in particular. Bollywood is neopotised, there is a huge drug syndicate at work, its ruled by Mughals, not a good place.

Then why a huge film city is coming in UP by UP Chief Minister Yogi Adityanath.

Maybe it will be better and ‘clear’ from all the dirt in Mumbai.

I ask again, what was the reason behind Sushant Singh Rajput’s death.

Stars are not people dropping from heaven on a shining night when the moon is in his complete element.

Stars are people like us, they are artiste much better then all of us so we love them support them and make them rule our heart.

People make stars and it’s our blind hero worship that doesn’t care about alleged misdeeds of a ‘star’ like Salman Khan who can walk away with anything.

We should be responsible in choosing our neta’s/leader/member of parliament then why not stars.

And am sure if a survey is done to find the conversion rate of trollers into actual cinegoers, the result will be highly disappointing.

The alleged power play needs to be probed and the drug mafia should be exposed from India not just Bollywood.

A talent like Sushant Singh should be remembered and kept ‘alive’ by appreciating and talking about his good work not by digging out old skeletons for personal agenda and killing him every day after his death. Truth will prevail, we should hail whatever Sushant was able to achieve and never give up on our dreams.

‘Dil Bechara’ Sushant Singh Rajput last movie – the remake of the Hollywood tear jerker ‘The Fault in Our Stars’ gave Disney + Hotstar an opening of Rs 2000 crore opening (95 million) views in 24 hours. There is a dialogue in the original which goes like, “funerals are not for the dead, they are for those alive’.

Sushant Singh Rajput death is the most shocking and unfortunate incident in recent times.

Without knowing the reason behind his death, how cruel and inhuman is this scene where Sushant Singh Rajput also known as SSR is getting killed again and again daily.