CIB 2021: The great grand mashup of the big bad Bollywood films of the year 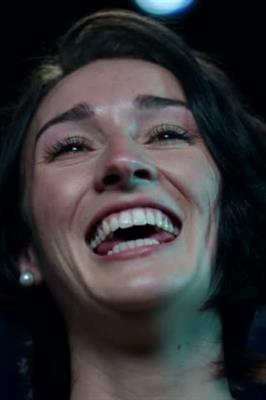 CIB 2021: The great grand mashup of the big bad Bollywood films of the year

No matter which year it is, cinema wallahs say, ‘Hum nahi sudhrenge!’

‘Aren’t you making the year’s best list?’ is a question I am asked every year. And every year instead of saying, ‘Why? Are you going to stop watching the saas bahu shows and watch The Silent Sea or Narcos instead?

Are you going to stop clapping for pointless dialog that panders to the great leader and watch Jai Bhim or The Great Indian Kitchen? Nahi naa? Then why should I waste my time and yours trying to convert you into seeing better films?’

That’s why, this year I offer you a brand-new story, a mashup of all the big bad Bollywood films people watched.

Film opens with a helmetless hero on a motorbike (hairstyle kharaab ho jaayegi naa helmet pehenne se!) riding too fast on the winding hilly road. He’s been beaten, his body has been slashed (by swords!) and is bloody, but he has just one name on his lips, ‘Sim-ran! Simran!’

The blood spatter on the camera following him becomes a flashback title card: Three Hours Ago…

The chowkidar dozing off in front of a small fire is woken up by the hiss of the spray paint. ‘S-s- s-saanp!’ But he realises it is the hero and quickly calls a number from his ancient cell phone. Soon the empty chowk is swarming with goons (obviously belonging to Simran's dad!) who surprise the hero by slashing him on his back!

‘Cowards!’ the hero screams, and proceeds to fight them off one by one and sure enough gets stabbed a couple of times too… But he says, ‘Simran!’ and pulls off the knife that has stabbed him… ‘Mere khoon ke har katre par uska naam likha hai, isko zameen par nahi girne doonga!’

No matter which year it is, cinema wallahs say, ‘Hum nahi sudhrenge!’ Cut to the present where the hero is being chased (err… by no one, really because he beat up all the goons!). Don’t ask where he’s going because the next minute you will see him jump off a cliff on the motorbike and land on the other side. The title ‘Anokha Ishq’ appears between the two cliffs as the hero jumps.

Heroine is sent off by her very angry rich father for an education abroad. While gaon ki Simran who wears the jhumkas hero bought for her in the devi ka mela turns into a mini skirt, thigh high boots wearing ‘Sim’ - because that’s what happens when heroines go abroad - what happened to the hero, you wonder?

Cut to Kashmir. Of course, there is snow. Because hero emerges from the white (in white camouflage) and kills the terrorists that have just crossed the border silently. There is red blood on white snow, which makes him yell at the dead terrorists, ‘How dare you discolour the snow with your napaak blood?’

As soon as he says, ‘Simran loved snow… She was also pure just like mera desh!’ It begins to snow, and soon the red is gone and so are the bodies. Cut to Simran, who is not pure any more, dancing at a nightclub, drinking and even doing cocaine! Her group is very obviously made up of men who look like they are ready to convert her because they’re love jihadis…

The hero maaroes a kadak salute. He’s standing in front of seven police officers - Salman, Akshay, Ajay Devgn, Ranveer, John Abraham and Shahid Kapur and a couple of politicians (Anant Mahadevan and Akash Khurana). ‘You have to join this elite task force. Because desh par danger hai…’ Suddenly the screen behind the politician’s crackles and everyone stands and salutes the man with a flowy snow-white beard sitting in a meditation cave. The man gives the task force a thumbs up after saying, ‘Desh ko tumhare 56 inches ki zaroorat hai. Aur John, tumhare dimples ki.’

Everyone takes off their shirts and displays their gym abs.

Mothers line-up to do aarti of their sons going away on a ‘special mission’. Cop girlfriends from Katrina Kaif to Sonakshi Sinha dance with the entire neighbourhood in a desh bhakti song about saviours. Our hero who is still pining for Simran gets empathy wala pats from all the heroes and their girlfriends, ‘Hum London jaa hee rahe hain desh bachane ke liye, tumhari Simran ko bhi uske baap se bacha lenge!’

You still think you want to see super close ups of bearded, sweaty faces as we did in Jallikattu? You still want to see the drudgery of a woman’s day in her vomit inducing leaky kitchen sink and her manner less husband and father in law when she dreams of freedom and dance? Do you still want to see how a man becomes friends with monkeys when his job is to shoo them away? Why do you want me to tell you ke bhaiyya, Jai Bhim dekho, kanoon ko haath mein lekar police can do more harm than good.

Sarpatta Parambarai has knocked out Toofan 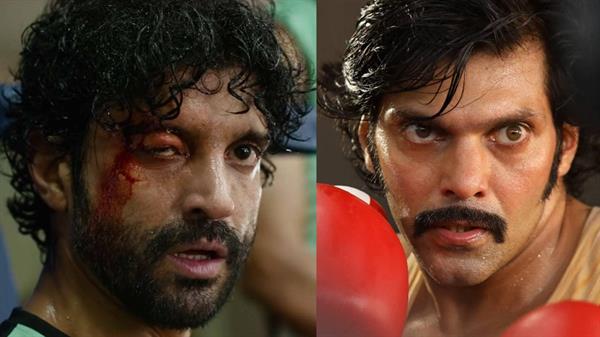 There’s no point in telling you that Farhan Akhtar acting to be a boxer is nothing compared to the story of warring boxing families in Sarpatta Parambarai?

Most of the common folk are happier spending their hard-earned money on saving Simran who has turned into a terrorist in Anokha Ishq than using common sense.

I will now share a secret with you. If a movie claims they have earned crores, then why do they need your money? Save it, I say, and order a cheesecake or a chaat or butter chicken. These blockbusters will eventually show up on an OTT platform which you have paid for. With that gyaan, this grouch on the couch wishes you better movies in the new year!