Kangana Ranaut and Vir Das coming together in an epic 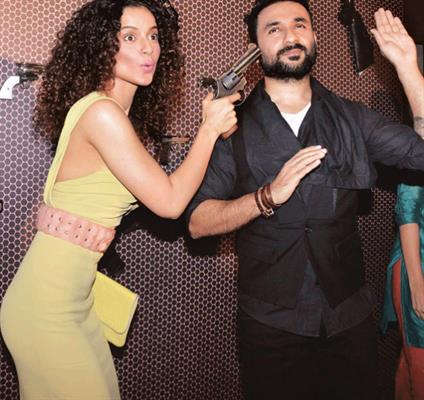 Humour : Kangana Ranaut and Vir Das coming together in a period epic

OTT filmmaker Mani Kapoor is going through multiple feelings since the last twenty four hours and so.

The blockbuster filmmaker just can’t keep himself out from the Kangana Ranaut and Vir Das fiasco happening all over.

These two Indians Vir Das and Kangana Ranaut are at the centre of storm one for his comment/monologue on nation and the other for her comments on the father of the nation – Mahatma Gandhi.

Mani Kapoor is finding a solid super hit plot with bombastic potential in this circus run by the believers and non beliers (matlab Kangana or Vir ke believers or non believers). 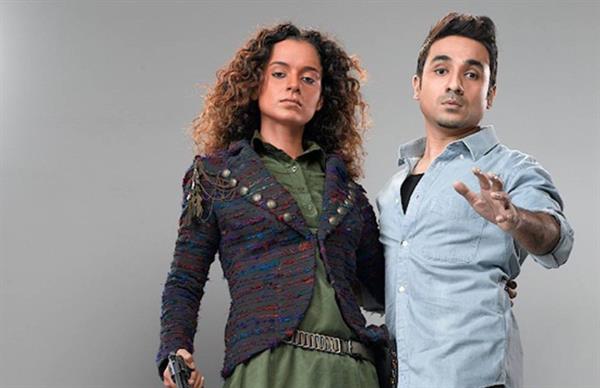 Chingari Kapoor: But sirji what makes you so interested in all this. You are a filmmaker that too an OTT filmmaker what you have to do with realism, this ongoing real circus and politics.

Chingari Kapoor : Am also an Indian first but all these circus is becoming more and more amusing for me. Sirji, you are on which side.

Mani Kapoor: Am on India’s side. The nation’s side.

Chingari Kumar : So which Indian you are from Vir Das Two Indias.

Chingari Kumar: Sensational. Will they agree?

Mani Kapoor: Am Mani I may not buy happiness but I can buy stars, stars can give happiness.

Mani Kapoor : Why not, good money and for a change a sitting time bomb in the plot which will win the audience all over.

Chingari Kumar : Am excited to hear the story

Mani Kapoor : Here it goes. It’s October 02, 2022, the movie opens at the same Kennedy auditorium, famous standup comedian and actor Vir Das is delivering his current famous Two Indians monologue. Padma Shri Kangana Ranaut is next to take the stage. Kangana has received special invitations from her fan club formed by Indian NRI’s who are also bhakts of our Dear PM Modiji.

Its Kangana’s turn and she starts talking about Manikarnika - Rani Laxmibai and how her bravery inspired Mahatma Gandhi during his days in Africa.

Like Rani Lakshibai– the great Manikarnika changed from a wife, mother, queen to a fearless warrior for India.

Kangana Ranaut in a fit of rage slaps Vir Das and he falls down hurting his forehead. The incident becomes big in India and America. 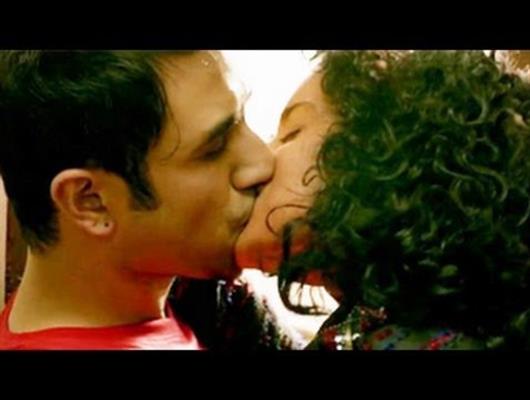 Kangana returns to India and begins the shoot of her upcoming biggie Matarani. The recovered Vir Das comes back to India but has surprisingly lost is humour quotient and is haunted by memories of Indian freedom struggle, Mahatma Gandhi, Rani Laxmibai and patriotic movies by Manoj Kumar.

During one of those haunted memories at night like Zanjeer, Vir Das sees a picture of himself with Kangana doing a replica of Achut Kanya’s main ban ki chidiya filmed originally on Ashok Kumar and Devika Rani.

Vir Das immediately rushes to the set where Kangana Ranaut is shooting for her mega budget epic Matarani. Kangana Ranaut is essaying triple role in the touted mega blockbuster. Kangana plays an actress of the pre independence era modeled on Devika Rani, A fearless lady politician modeled on ex India’s PM Indira Gandhi and a God women of today’s times.

Today is the shoot of the same, mein ban ki chidiya song. Kangana begins the shoot, all is going well but suddenly she says Das, mere pyare das, tum kaha ho in that typical accent/ lingo used during the Achut Kanya days of Indian cinema.

Kangana Ranaut spots him she also climbs over the packed crowd and sings along with Vir Das.

They both get married setting a terrific example of unity in diversity, love conquering all and how two different Indians can make one great India overpowering all the bhakti and shakti. Yeh Hamara India.

Mani Kapoor: What you say