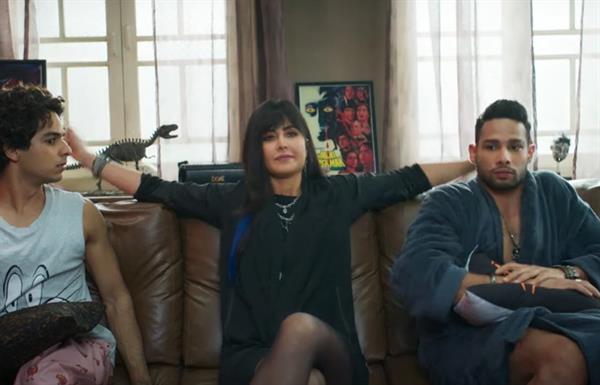 The makers of Phone Bhoot are leaving no chance to take the audience's excitement for the film to the next level. The trailer of the film received humongous love from the masses while it was trending continuously for 24 hours on YouTube on its release. Taking ahead their constant spree of building anticipation, the makers dropped a fun promo of a mockumentary a few days back and now they are finally here with the full video.
As we see the full interview now, we notice the actors having a hilarious banter and enjoying taking a dig at each other in the promo. The chemistry between the trio is so fresh & unique! Viewing this film in cinemas will be double the fun with friends & family.
The promo of this mockumentary showcased the amazing chemistry between all three actors and how fun they are. This had raised the audience's anticipation to experience the whole video and without making them wait longer, the makers released a fun video capturing Katrina who is the world’s most beautiful ghost stealing the limelight and focus from the boys Siddhant Chaturvedi, and Ishaan with her beauty. The mockumentary is a fun and creative idea to enclose the audience to the fun that the film is about to bring to the screen.
Tags : katrina kaif Siddhant Chaturvedi Ishaan Khatter Phone Bhoot