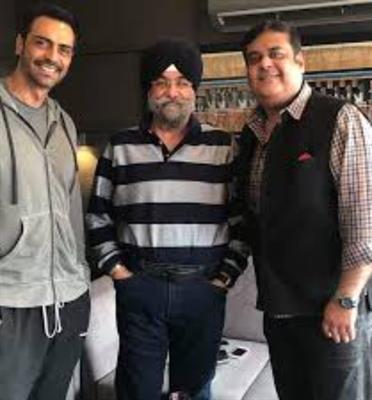 How filmmaker Rahul Mittra is finding solace in this gloomy cloud of uncertainly due to the Corona  Covid – 19 scare.

A seeker by heart an explorer by soul, award winning filmmaker Rahul Mittra is finding solace, peace & happiness in this gloomy cloud of uncertainty and danger due to the Corona Covid – 19 scare. The man behind the trilogy SAHEB BIWI AUR GANGSTER, SARKAR (2017), is filled with hope and positivity as he has taken the lockdown as a boon, an opportunity to do the ‘in’ search rather than the research and gain humanity. The former TOI journalist turned branding expert - the man behind media net, the founder of Brandsmith & Rahul Mittra Films has won awards for his films and innovative business practices that include “Amity Leadership Award” for 2017 and more. With TORBAAZ starring Sanjay Dutt completed and pre shoot schedule of MARD starring Randeep Hooda ready plus a supernatural thriller with Arjun Rampal in the pipeline. Rahul Mittra speaks from heart in a telephonic conversation and gets candid on the future of the industry, the covid – 19 corona scare, the positives of lockdown, his journey from TOI till now, and more..

How are you coping with the lockdown due to corona?

I have taken it positively. It’s a great opportunity for us to do the ‘in’ search of ourselves, gain immunity and upgrade our humanity. Normally we keep on doing research; we never get a chance to do ‘in’ search.

During my stint with TOI as a journalist, I was lucky to gain this experience when I went to Palampur in Himachal Pradesh to cover a Buddhist retreat centre – a Buddhist monastery; it’s also called as Vipassanā centre. I visited Palpung Sherbaling monastery and the experience was enlightening. Those retreat rooms, Vipassanā centers had a single person in one room completely detached from the outside world. One very small window to peek for sunlight, no phones but some books. People pay for Vipassanā as it is said that those who do it piously get a chance to identify their souls, combat the negativity and gain positivity. The unfortunate Corona, Covid – 19 scare has fortunately in a way blessed us to grab this opportunity with open arms it’s time for self retrospection, a time to find your mojo. I am doing it by giving time to my soul. taking care of my pets – two dogs, reading, watching stuffs and speaking to friends like Sanjay Dutt, Arjun Rampal etc on phone. As it is said, “There is no way to happiness, happiness is the only way”.

It’s interesting to find a person with such roots in spirituality behind something that is hardcore commercial like Medianet?

(Pleasant laughter). Spirituality is a way of life; it helps in powering you with a better focus. I have never believed in destination. I have done quite a few things before turning into a filmmaker. Journalism, Healthcare, Tourism, IT and Business Consulting before making my debut as a filmmaker with SAHEB BIWI AUR GANGSTER in 2010. Coming back to Medianet, it was the need of the hour. The idea came when I saw a picture of Sachin Tendulkar. It had the logo of Sahara on the t- shirt he was wearing. I said to my bosses, Sahara humko nikal dena chahiye, humko toh Sachin chahiye. In my opinion editorial opinion is a third party opinion, unbiased. I have respect for journalist, have been a part. That picture of Sachin with Sahara logo gave birth to a thought that ki agar brand karna hai toh paise do. A synergy was formed where individual branding got space and access as desired at a price with an aim to genera revenue more than the advertisement. And from then things started changing.

During school days we use to play a game by writing name reverse, my name spells Luhar backwards. I said you are a luhar (blacksmith) what will you do with this hammer. This prompted me to leave the job and my journey with Brandsmith (name comes from blacksmith) began. I did events movie promotions and then ventured into movie making. The experience as a journalist helps in understanding the script, days at Brandsmith helps in setting the pitch for promotion, marketing. I was a radio jockey in school so it came handy while we did dubbing. So everything has played and is playing a part in my life.

It is said that the economy, business will be affected in a big way, how far will the film industry get affected?

It’s a big huge loss & we should be ready for it. But I am more concerned about the human crises we will have to face. Business loss can be compensated but those less privileged will have to move out in future. We the fortunate’s are having ration at home so we don’t need to move out. But those daily wage earners will move early then us. We have to apply patience as in my opinion the privileged lot consists of people having low patience, they just cannot sit at home. This should be avoided.

What was your reaction when you came to know about this deadly Corona pandemic?

During the end of Feb I discussed the pre shoot schedule with Randeep for MARD. The script is done. After the reki etc in March/April and finalization of the leading lady, we where suppose to shoot from May 1st 2020. During February end after the meeting with Randeep, I started getting calls that Corona scare is widening. Believe me, I just went to Golden Temple in Amritsar, bowed to ‘Waheguruji’ and came to Delhi. Around a week later I called my team and asked them to keep things under freezer as at that time I feared that this lockdown might extent.

Are you in touch with your team?

In constant touch with Sai Kabir the director of MARD. Script of MARD is locked, as things get normalized within 2 months we will begin the shoot. Right now we need to show better resolve. Unless and until we achieve the said immunity level and get a proper medicine we have to show patience and apply self control. This might take some time may be in a couple of months or say by September things bounce back to complete normalcy. Nowadays I am constantly haunted by Osho’s most famous quote which says, “Mind a beautiful servant, a dangerous master”.

This is the part one of the conversation with Rahul Mittra, stay tuned for more insightful insights on his journey in Bollywood, his famous friendship with Sanjay Dutt, some interesting facts on TORBAAZ and MARD)

Rahul Mittra - Am a child born from life 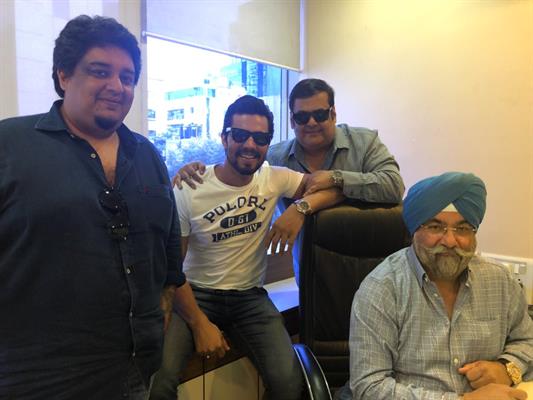 In constant touch with Sai Kabir the director of MARD. Script of MARD is locked, as things get normalized within 2 months we will begin the shoot