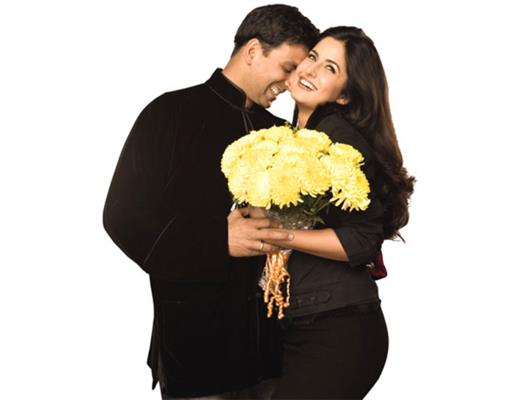 Aila Re Aillaa Akshay Kumar and Katrina Kaif are icon for romanticisms on screen.

The wait for Sooryavanshi gets uncontrollable. The Rohit Shetty’s mega starrer that has Akshay Kumar as Anti-Terrorism Squad chief DCP Veer Sooryavanshi opposite Katrina Kaif with Ajay Devgn and Ranveer Singh in extended cameo appearances is the Diwali boost everybody requires.

Akshay and Katrina are great pairs on screen and we have seen their lovely chemistry in the songs from Sooryavanshi "Mere Yaaraa" and "Najaa".

Here are those 8 songs where Akshay Kumar and Katrina Kaif have made us lost in their lovely an beautiful chemistry on screen that has defined new goals.

By RDB from the movie Namaste London

From Singh Is King

Sung by Shreya Ghoshal and Rahat Fateh Ali Khan while Pritam has given the music.

The song is composed by Anu Malik

From Soryavanshi written by Rashmi Virag with music by RDB and sung by Arijit Singh and Neeti Mohan.