This week in theatres and Ott : fantasy, thrills, love and much more... 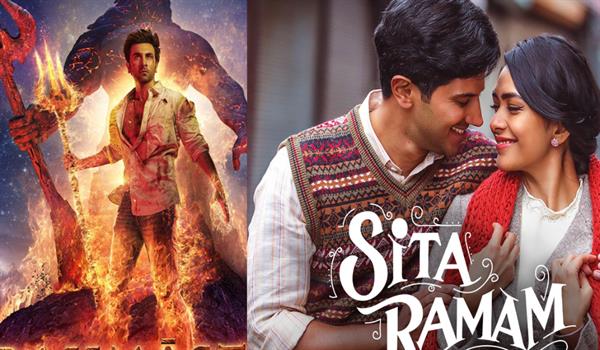 With the most anticipated film of the year – BRAHMASTRA – releasing in theatres this Friday, the OTT space looks dull with a smaller number of shows releasing for your binge-watch. WE have, however, filtered, the most interesting ones for you.
Brahmastra :
Amidst the wave of the boycott trend and strong negativity around big budget films releasing in  theatres, the ambitious project by Karan Johar’s Dharma Productions and directed by Ayan Mukherjee , starring Ranbir Kapoor and Alia Bhatt in lead roles releases worldwide on 9th September 2022. The reactions among the audience is divided. While one section is buying to the massive hysteria around the mythology-meets-technology venture, the other one condemns its, quoting some of the actions from the stars which had irked the public and offended the ‘Hindu’ sentiments. But we always admire good content and good plots. Let’s see what Brahmastra has in store for us.
Indian Predator : Diary of a Serial Killer :
The Netflix documentary, made by Dheeraj Jindal, blends expert commentary with valuable socio-political context and this is a second installment in the Indian Predator franchise that brings real, gruesome crime stories where psychopathic killers are the protagonists. The 3 episode series has released on Netflix on 7th September 2022.
Paapann :
The Malayalam Thriller is streaming on Zee5. Written by RJ Shaan and directed by Joshly, it stars Suresh Gopi in the titular role along with Neeta Pillai Gokul Suresh and Asha Sharath. The film tells the story of a voluntarily retired officer and his daughter unwillingly reinstated to the force for investigating a long-standing murder case.
Sita Ramam :
The love triangle starring Dulquer Salman, Mrunal Thakur and Rashmika Mandana is releasing on Amazon Prime in regional languages this weekend. Don’t miss it!
Ek Villain Returns :
The twisted story of romance and revenge was met with enough skepticism but there was some slim admiration for Mohit Suri’s craft and John Abraham’s swag as well. Ek Villain Returns finally hits the OTT! Streaming on Netflix from 9th September 2022.
Tags : Brahmastra Sita Ramam Paapann Indian Predator