What: Sharman Joshi leads this situational rom com that has moments of fun, quirk and women who know what they want.

Based in the Hindi heartland – Uttar Pradesh. It’s about a carefree but simple Babloo (Sharman Joshi) the only child of a wealthy Thakhur – played by Rajesh Sharma.

Babloo is looking for his perfect match for the last seven years. A senior marriage broker (played by the veteran Asrani) manages a meeting with Avantika (Pooja Chopra) an independent women. Babloo and Avantika develop a bond but things don,t work out as per plan and the wedding gets cancelled.

After the Avantika episode, Babloo bumps into Swati (Tejasri Pradhan) and they both find a connect, resulting in Babloo finally getting married much to the happiness of his parents and dear friend Chotte (Akash Dhabade).

But the happiness of Babloo and his near and dear ones is short lived as during their Honeymoon, Swati runs away to Mumbai to peruse her passion to become an actress.

What will Babloo do now?

This could have been titled as Babloo Kab Layega Bahu, or Babloo Dilwala, but Saurabh Pandey – the story and screenwriter including the dialogues has decided on Babloo Bachelor – interestingly the title may give different vibes to different people. It can be a simple routine, rom com, a screw ball romantic comedy, a wild guess for those who have not seen the trailer and are suffering from the OTT craze of going unnecessarily bold and sensational might even think of Babloo Bachelor as a raunchy comedy.

On the surface Babloo Bachelor is a mix of all rolled it into a ‘family’ entertainer.

The direction is simple and free flowing and the knack of having strong independent women controlling the turns and curves of the story are maintained here as well.

Writer Saurabh Pandey is able to infuse unexpected depth in the prime characters especially in Avantika, Swati and of course Babloo.

Babloo Bachelor is not just a story of Babloo, it’s a coming of age for Avantika and Swati as well.

Performances of actors in Babloo Bachelor 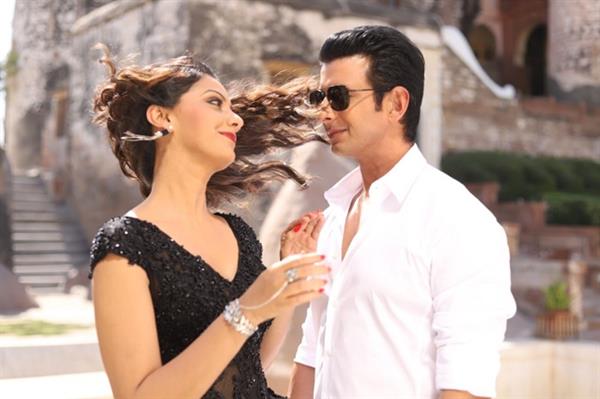 Sharman Joshi as Babloo is delightfully natural; and is at his ease, feels effortless and is able to drive audience into his suffering, pain, joy and happiness.

Pooja Chopra as Avantika is charming and has a strong role. She does her part with conviction and becomes the driving force later

Tejashri Pradhan as Swati exudes confidence and spontaneity at one go. She has a charming screen presence as well.

Rajesh Sharma as Babloo’s Father gives another display of his refined talent.

Akash Dhabade as Chotte is amusing.

Veteran Asrani is in his known element. 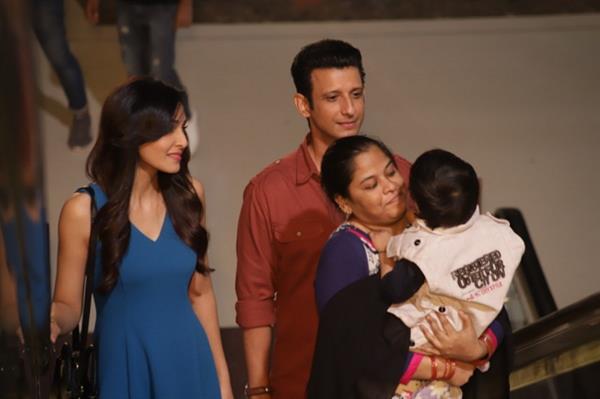 There are interesting turns and the movie does create an opening for itself to be different but fails to exploit the potential it actually had to the fullest.

The screw ball comedy type dialogues like that ‘ling’ and all are out of place.

In other way, this could have been a good spoof on routine triangular rom com. The maker might be having this somewhere in mind. May be…

The movie unnecessarily starts surrendering to clichés almost threatening to kill whatever novelty it has achieved.

Tejashri Pradhan as Swati exudes confidence and spontaneity but at times her Marathi accent gets noticed.

And how many will digest the fact that Babloo is not keen to earn a livelihood; he is basking on his father’s wealth. Agreed he not a spoil brat, squanderer but kuch toh kaam karo janab.

Also Read :Tabbar review: The Good, The Bad & A Family

Would wind up with a dialogue in the movie said by Sharman Joshi, “situational love story nahi hoti hai, situational comedy hoti hai”, the best way to describe Babloo Bachelor in my way would be a realistically funny rom com