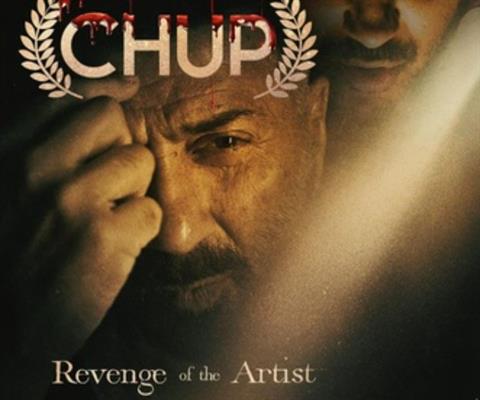 At one point during the second hour of the film, Zenobia( Pooja Bhatt) a clinical psychologist , asserts to a film critic that Guru Dutt was sensible that he ultimately killed himself after prolonged depression, part of it largely attributed due to the failure of his last film, Kaagaz Ke Phool.Though the film gained a cult status and reverence, it was badly panned by the critics. The serial killer here, however, is an anti-thesis of the legendary filmmaker. Preying on dishonest and irresponsible Mumbai-based film critics in the most bizarre and violent ways, he baffles the entire police investigation squad helmed by Arvind( played by the dashing and dapper Sunny Deol).

Slicing their foreheads and leaving star-marks on them is his 'designer' style of killing and inflicting pain. He even 'artistically' mutilates their bodies, makes several grotesque cuts and disposes them at places which bear a connection to the words in their reviews.

Balki who has written and directed CHUP, while the screenplay is jointly written by R. Balki, Raja Sen and Rishi Virmani conjures a tantalizing world with an old world charm through his plot and characters. While there is mystery and irresistible intrigue in the crime procedural notwithstanding some unintentionally funny and juvenile commentary from the critics, the romance which unfolds over one of Guru Dutt's chimerical from "Jaane Kya Tune Kahi " between the recluse florist , Danny( Dulquer Salmaan) and a spirited film reporter-cum-anthopile ( Shreya Dhanwanthary) has a poetic vibe to it.

Their worlds converge and although he establishes the identity of the serial killer midway, it doesn't derail the film off its plot. DoP Vishal Sinha's lenses aesthetically capture the bustling and beautiful Mumbai and Aman Pant's background score dutifully compliments to the tension and tragedy.

My favorite moment in the film is when Balki's lucky mascot Amitabh Bachchan emphasizes the importance of film critics in Cinema. They are the rightful and powerful voices in the entire machinery and the drivers of the evolution of art. He also honestly agrees out that Box office numbers are more critical than ratings! Balki who pays tribute to Guru Dutt Saab through Chup, establishes the connection of failure and pain through a meditative spirit. 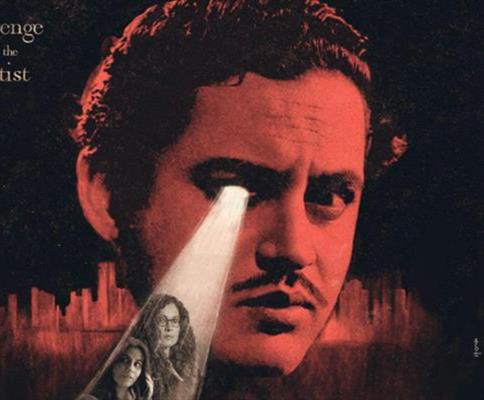 Of the cast, Dulquer Salmaan bowls you out with his inherent charm and acting prowess. He has a pleasing screen presence and uses to his benefit to portray a deliciously layered and complicated character.

Shreya Dhanwanthary exudes confidence and noteworthy spontaneity in each frame.

Sunny Deol, seen after a hiatus, has shed both weight and his wrath. The 66-year old actor has mellowed down and has a more introspective approach to his character. Note in one scene, he is slicing a Pomphret. In another, he tries to squeeze in his paunch when Pooja insinuates it. Deol relies more on depth than decibels, except for a last minute heroics to combat 'heights' !

But I liked him in those smart casuals and salt-n-pepper looks. Pooja Bhatt is a smart-alec type character and impresses in her limited screen time, with some crazy crime vs. gender statistics.

I thoroughly enjoyed Chup and Balki's measured and calibrated film making style. Which is why, Cinema, to me, is an emotion.