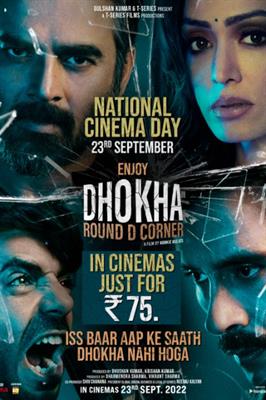 What: Dhokha: Round D Corner - Khushali Kumar fascinates in her debut in a thrilling maze of love, faith, fate and deceit coined with some passionate noir ting.

Yathaarth Sinha (Madhavan) and Sanchi Sinha (Khushali Kumar) a couple staying the posh Mumbai locality. One day a dreaded terrorist Haq Gul (Aparshakti Khurana) breaks the clutches of the Mumbai police and enters the apartment of Yathaart and Sanchi.

He takes Sanchi hostage for his demands. There is tension in the town and police in position right at the entrance of the building are feeling helpless.

Yathaarth Sinha rushes to the spot and encounters the officer on duty – played by Darshan Kumaar.

But little did everyone know that there is a twist in what we see with the naked eye and what is hidden beneath.

As the drama progresses, Yathaaart, Sanchi, Gul and the police officer on duty go through an intriguing web of love, faith, fate and deceit.

A passionate noir twist to the Stockholm syndrome laced with an interesting tribute to the master of Asian cinema Akira Kurosava’s  Roshomon phenomenon (Drishyam type). Further twined with a story of love and deceit, writer director Kookie Gulati delivers an absorbing slow burn thriller that is aptly titled and in the end manages to spin an unexpected surprise.

Whatever the disappointment of Kookie Gulati’s The Big Bull went gul (gayab, gone) for me in this ‘Dhokha’ which is actually a mauke pe maara hua chauka (read hitting the right note at the right time).

The screenplay by Kookie Gulati along with Neeraj Singh credited for dialogues as well, begins it on a feel good note of introducing the Sinha’s - Yathaarth and Sanchi living happily and slowly we see the cracks that makes way for further interestingly exciting drama that unfolds holding the audience attention throughout.

There is hardly a dull moment in the entire one hundred and twelve minute narration.

Set almost in an apartment and a high rise, the makers should be credited for keeping the audience interest alive.

Cinematography by Amit Roy captures the mood effectively. Editing by Dharmendra Sharma is crisp. Background by Amar Mohile is apt.

The one apartment one building setting is a curse and a boon both. At times things seemed repetitive. I personally was looking for more intensity and more reaction of the residents in that apartment and public in general. 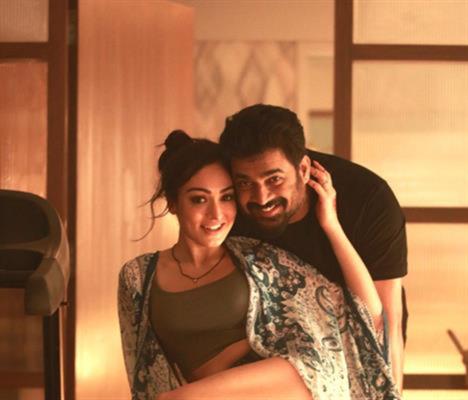 Aptly titled Dhokha: Round D Corner lives up to the expectations it generated from the trailer.

An absorbing blend of noir flavored with a grippingly slow burn maze love, faith, fate and deceit that sees Khushali Kumar making a striking debut and Kookie Gulati redeeming himself after The Big Bull disappointment.  Go for it.