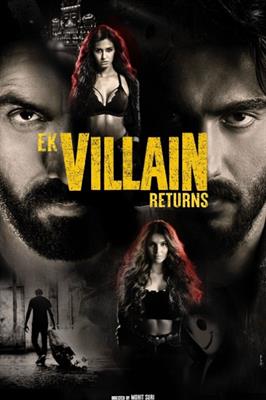 The terror of the smilie mask returns but this time the evil seems to have found a partner in crime.

Two love stories one between Gautam Mehra (Arjun Kapoor) the spoil brat of the millionaire businessman with an upcoming singer Aarvi (Tara Sutaria) and the another between a cab driver Bhairav (John Abraham) and a sales girl in a garment store Rasika (Disha Patani) cross paths for a bloody, deadly, and dark thriller which sees series of murders in the journey of the above lovers quest for love.

It gets brutal, disturbing and devastating throwing a challenge to the police and an observer of criminal mind in the department played by J.D. Chakravarthi.

Who is the actual ‘villian’ and is there any ‘hero’?. 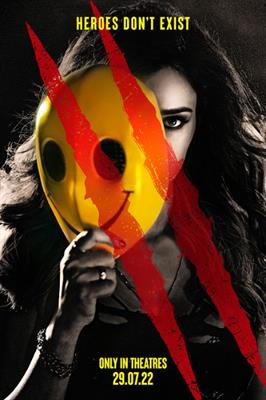 The movie thankfully is not a continuation of the 2014 super hit Ek Villian (inspired from the Korean 2010 cult I Saw The Devil and this is not a complain). Riteish Deshmukh walked with maximum accolades as Rakesh Mahadkar (the serial killer).

Though the movie mentions Riteish Deshmukh’s character in the movie initially after beginning on a perfect thrilling note of a man wearing that smilie mask and barging into an ongoing private party inside an apartment of a Mumbai’s posh high rise.

Aarvi (Tara Sutaria) is attacked and the suspected attacker is her lover the rich brat Gautam Mehra (Arjun Kapoor).

The police inspector played by Shaad Randhawa is after Gautam but an expert on criminal psychology from the police department has another theory.

On the other hand a series of murders are taking place and during the investigation of the attack on Aarvi, a cab driver Bhairav (John Abraham) is questioned.

How Mohit Suri connects the two parallel stories is absorbing, it takes time to settle and the first half is dedicated to flash back and character establishments.

It’s the second half that finds the real action taking place as the traditional cat and mouse –the hunter turning hunted phenomenon instigating thrills from time to time.

The emotions start working now and the purpose gets more clear.

However, the antagonist over here lacks the innocence of the brilliant Riteish Deshmukh as Rakesh Mahadkar in Ek Villian and that iconic – Aey Villian’ by Shraddha Kapoor and of course Ankit Tiwari’s "Galliyan" which was on everyone’s lips.

Mohit Suri in Ek Villian Returns makes an attempt to enter into the mind of a criminal and tries to gives us his understanding of the evil but not to great success, he ends up in showing us two different versions of love with elements of a dark thriller that works more.

This time Mohit Suri adds more glamour and succeeds. Yes, the overall sweep that Ritesh Deshmukh achieved will be missed but a surprise is in store. 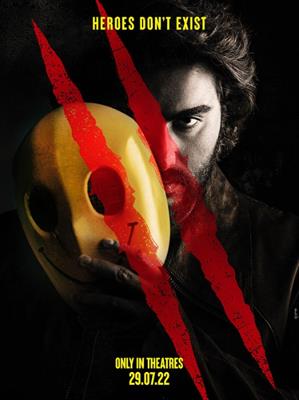 Arjun Kapoor fits into the skin of his character with tremendous ease and is fantastic.

John Abraham as the less spoken, intense poker face Bhairav carries that mystery successfully and is quite good.

Disha Patani brings the oomph and a weird kind of dark de noir female fatale to her character which is interesting.

And last but not the least Riteish Deshmukh in a surprise, surprise cameo… ( cannot disclose anything here).

Music by Ankit Tiwari, Tanishk Bagchi and Kaushik-Guddu is plain routine and functional, a genuine hit number was a must.

Cinematic liberties are taken at will and continues till the very end. Something remains unexplained like background of Gautam and Aarvi is there but Bhairav and Rasika are thrown right at your face. Not for those who hate to see blood and psycho characters on screen. 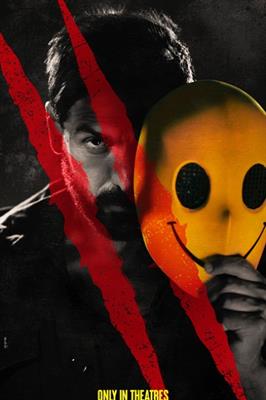 Ek Villain Returns and returns with an extra dose of oomph and darkness soaked in blood. It’s a ‘spiritual’ successor o the 2014 super hit EK Villian and its an independent film, if you watch it without expecting any continuation of the 2014 hit in mind, you won’t be disappointed.