Jersey movie review: Shahid Kapoor has swag as a cricketer 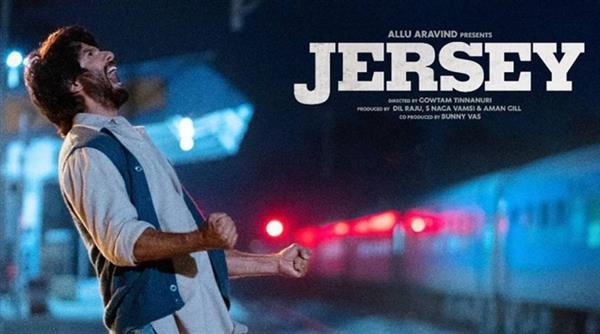 What: Jersey movie review - Shahid Kapoor has swag as a cricketer but Pankaj Kapoor is Man of the Match.

This remake of the 2019 Telugu film of the same name where natural star Nani plays Arjun, a promising cricketer who decides to quit cricket and the troubles that follow him. The Hindi remake stars Shahid Kapoor and I was personally looking forward to watching him on screen because he manages to perform magnificently in roles that are challenging. But having watched the Telugu film, you wonder why they needed a remake.

Janata is used to subtitles and dubbed movies now, and why the same crew (director is same, music director is the same and more!) had to redo the film only shifting the narrative to Punjab is a puzzle. People who have watched the Telugu film are asking, ‘Isme naya kya hai?’

Reviews will inevitably compare the two stars who play Arjun, but there’s no real comparison though. Nani brings a sense of gentleness to his sadness and Shahid seems to seethe in his despair. Each actor is so good, it’s a shame they had to remake the film and put film fans in a spot. What got me mad is that both films are the same, frame by every frame. Unfortunately, what is annoying in the Telugu film becomes super annoying in the Hindi remake.

The writing. Arjun is so talented that you are supposed to feel sorry for him when he just decides to quit the one thing, he has been striving for all his life. His wife has to earn a living because he’s lost his job and he just sits at home watching cricket on TV. And yet she comes across as a horrible person not giving him the 500 rupees, he wants to buy his son a birthday gift.

She’s also horrible and managing because she tells him to go pay the electricity bill, talk to the lawyer and the homeowner about a leaking roof. But he was once an awesome cricketer, so he’s not at fault.

This kind of skewed writing where women characters are written with such an unsympathetic pen makes you wonder why most South films treat women either as damsels in distress or mean harpies. And you are supposed to feel bad for the hero who gambles away the bill money, rides around all day on a fancy motorbike and will not fight for a job he lost.

Mrunal Thakur plays the mean wife who will not give her husband 500 rupees to buy his son a cricket ‘Jersey’ for his birthday, and is shown to be eternally unhappy. She even asks Arjun at the hospital - she’s just given birth to their baby son - do you love me or the baby more. If they had asked a woman to write this story, would there ever be a dialogue like this? Perhaps there are women who may ask a question, but would they then have a baby? Such dialogue is written to make us dislike the wife more. And how many times does she call him, 'Babu?!' I kept thinking that Paresh Rawal from Hera Pheri was going to show up asking her, 'Kitni baar mera naam lengi aap?!'

But it’s the annoying kid from the Telugu film who annoys you even in the Hindi film. He’s worse than little Anjali from Kuch Kuch Hota Hai. ‘Papa, Jersey!’ is a demand that is made so many times, it will make you wonder how Shahid Kapoor does not lose his temper or have an accident because the kid is sitting behind him on the motorbike and tugging at his sleeve. Had the kid been younger then perhaps this ‘zid’, this constant demand for a jersey could have been valid. But the chap is smart enough to say, ‘Who would believe me if I said you slapped me, papa?’, then how come he is ignorant about everything that is happening with the family? That dad does not go to the office, that their home leaks… Kids are not dumb, only grownups write them that way.

So mom is a villain, and the child is irritating but the guy who quits following his passion should be considered to be a hero…

Pankaj Kapoor is superb as Coach Bali, empathetic mostly and stern when needed and then as an old man in the last book launch scene is my choice for Man of the Film… I mean match. I love the idea that his belief in Arjun’s talent is unshakeable. The Telugu film shows Arjun and coach drinking at his home… Or was it in Kaun Pravin Tambe (plays on Disney+Hotstar). The two stories are so close, you begin to wonder if the story of Arjun is akin to the story of the cricketer Raman Lamba who also had a comet like cricket career and passed away after falling into coma after a cricket ball hit him as he fielded in the position of Forward Short Leg sans a helmet.

Nani scores over Shahid in the scene when the child asks him who will believe me… But Shahid telling his wife to let him go is practically brilliant. As far as cricket is concerned, since the game is such a religion with us Indians, the shots and the bowling and how the bowler tries to come in the way of Shahid running between the wickets is all very good. What is the worst part of the film? The fact that Shahid leaves both his wife and son with a mountain of guilt to live with for the rest of their lives by not sharing his health-related issue with his wife. Looks like no one has heard of Breaking Bad. When a man is unwell, he will spend whatever is left of his life doing whatever he can to leave them money so they can live comfortably after him. So as a heroic figure, Arjun scores a duck…