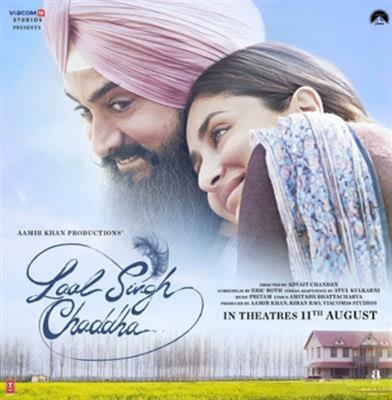 The extraordinary journey of a simple, honest man with a pure heart Laal Singh Chaddha (Aamir Khan), interacting with love, humanity and history on his way. 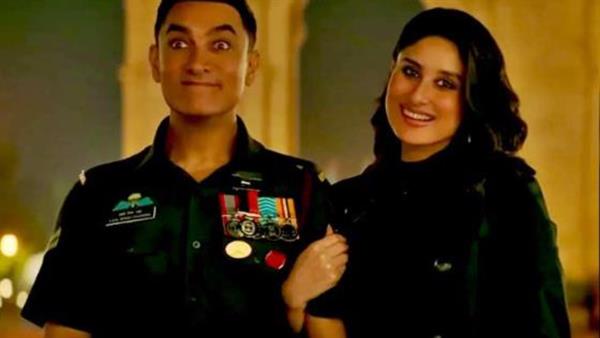 It’s an uphill task to adapt a Hollywood classic like Forrest Grump, that featured Tom Hanks in an unforgettable role travelling through American history into a truthful Indian adaptation that travels through Indian history and respects the sensibility of the original.

It’s overwhelming to find that director Advait Chandan in his Indian adaptation of Forrest Grump with a screenplay by Atul Kulkarni is more human, dipped in the warmth of love, compassion and Indian tradition than the original.

So, the chocolate turn into golgappa’s, the CG feather remains along with the scenic beauty, the story telling shifts from a park bench to a moving train, the running of course with and without calipers, the love story, the brotherhood ‘all is well’.

From Alabama in the Fifties in the original, the focus shifts to Punjab in the Seventies.

Fans of the original will have a deja vu and it’s a good positive one.

For those who have not seen the original, the simplicity and pure gold sensibility of the honest Laal Singh Chaddha played by Aamir Khan will be a novelty and of course the movie (irrespective of anyone who has seen the original or not seen) has the capacity to win hearts of any human who still has that humanity hidden somewhere in his/her hearts.

Atul Kulkarni in his screenplay adds heart touching moments that will massage your soul, Advait Chandan (Secret Superstar), smooth lyrical that emphasis on the feel good/coming of age factor will keep you hooked ( especially those who have not seen the original).

Aamir Khan as Laal Singh Chaddha excels in his role once again. The choice of Laal as a kind hearted pure Sikh is a smartly planned move as it adds to the innocence and purity. Aamir Khan with and without turban infuses the same warmth, innocence and love that it becomes impossible to ignore his unbiased cuteness in all those stupidity. The way Aamir Khan adapts Laal Singh Chaddha is an exemplary mix of Chaplin, Mr. Bean and thoda Billy Bob Thornton from Sling Blade. Sheer class. If Aamir walks with major awards this year as an actor, it won,t be a surprise.

Kareena Kapoor as Rupa in a role tailor made for her is excellent right from the word go.

Naga Chaitanya in his Hindi debit as Balaraju "Bala" Bodi, is extraordinary.

Manav Vij as Mohammad Paaji brings a surprise and introduces a turning point.

And last but not the least, Shah Rukh Khan in a cameo that on its own is worth the price of the ticket.

Satyajit Pande’s breathtaking cinematography that captures the journey, showcasing all the moods is pure class. Production Design by Imran Manzoor and Mustafa Stationwala is fantastic. Art Direction by Bilal Hashmi and Pravin S Kadam is authentic. Costumes by Maxima Basu are apt. on the music front Pritam Chakraborty has delivered a winner in Kahani (both versions - Mohan Kannan and Sonu Nigam) though I personally enjoyed the Sonu Nigam version more.

In the original, Forest Grump ran and made a political/social comment. Here in the Indian version, Laal Singh Chaddha runs but runs with caution. The political situation in India is only touched not dwelled. It stays more true to the feel good, family coming of age genre.

If you are a lover of good positive feel good cinema, then ignore all the negativity surrounding Aamir Khan and Laal Singh Chaddha, just go with your families and cherish this gol gappas filled with life, love, positivity, humanity and hope.