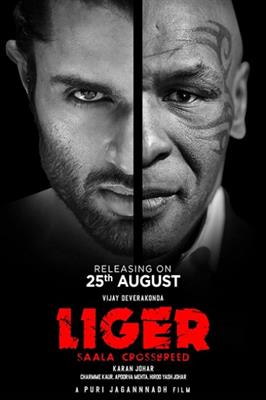 Liger (Vijay Deverakonda), we are told by mataji Balamani (Ramya Krishnan) that’s Liger is a saala cross breed between a lion and a tiger. In that apar (huge) surreal logic, Lioness or Tiger kyu nahi…

And in which part of India in this pan India wannabe blockbuster which in fact is a disaster, a mother calls her son saala cross breed?.

Such is the class, level of understanding of mass masala entertainment by makers of this sheer cringe worthy ho hum - Karan Johar and Puri Jagannadh.

Actually, Puri Jagannadh is the writer, director and co producer, so all the rotten eggs and tomatoes will be directed towards him and Karan Johar will enjoy those Coffees…?. Really?

I have a doubt that Puri Jagannadh who has given commercial success like Badri, Itlu Sravani Subramanyam, Appu, Idiot, Amma Nanna, Pokiri, Desamuduru, Temper etc can go such unashamedly wrong right from the word go.

Is Liger a cross breed (read mixture of ideas of Puri Jagannadh and Karan Johar) resulting in a stale, rotten dish like this which is best reserved for garbage.

Coming back to Liger, Mataji Balamani (Ramya Krishnan) wants her son Liger to become an MMA fighter ( jeet kune do – a martial art form credited to the great Bruce Lee). Recently Ram Gopal Varma’s Ladki was released which was also dedicated to the Bruce Lee’s   jeet kune do but I am are not comparing the two in the interest of Vijay Deverakonda who has huge hopes with Liger as his grand entry into Hindi cinema bole toh Bollywood ( boy what a cross breed of innocence, ignorance, ambition and arrogance). I am just highlighting the similarities between these said sports drama.

So Mataji Balamani takes Liger to Mumbai to train under a famous coach Christopher Master (Ronit Roy) hoping that Liger wins the national championships and becomes a champ like his daddy Lion Balram (a fighter who died before he can win the national MMA championship).

Mataji sells chai to bring up his dear fighter son who stammers and is already a talented fighter. Liger’s stammering is used as a tool to gain sympathy for the lead but it’s so inconsistent and without any explanation and background that it fails miserably to jell with the character.

Vijay Deverakonda seems to have worked a lot on his physic and he is a good actor but here he doesn,t get any arc in the script which can showcase his acting chops.

Instead his character Liger comes under scanner and hate for his statements against women and those cringe worthy scenes with the female fighters.

He calls Tanya (Ananya Panday) the social media wannabe who falls for him after seeing him fight a ‘khilona’ (toy). While Mataji a woman herself calls her ‘chudail’.

Coach Ronit Roy has already instructed Liger to stay away from women.

The basic idea (emotion) might be to make Liger tough and free from any distractions which include getting attracted with the opposite sex, control hormones and other desires.

But the way it has been presented is unacceptably loud, over the top and insulting to women.

Liger gets attracted to Tanya and later gets dumped by him.

Tanya gets kidnapped by none other than Liger’s childhood idol -   Mark Henderson (Mike Tyson).

Phir hoti hai - the final fight, The Indian flag, held in the air in Las Vegas, slogans of ‘Watt laga denge’ and ‘We’re Indians, duniya ko aag laga denge’. Such blatant chest beating jingoism making matter worse and beating the audience patience to death and if that was not enough, there is Chunky Panday with a private jet (and I am not joking) blowing this 125 crore egoist pan India bakwas (utter crap) into an insult, a mockery in the name of entertainment – its torturetainment.

Tanya (Ananya Panday) is the most irritating character I have come across in Bollywood in recent times. Unbearable.

Ramya Krishnan overacts and is so loud.

Mike Tyson performs his own parody. 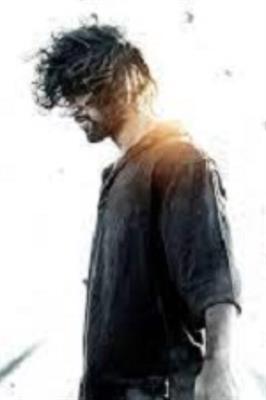 I have spoken about warnings in advertisements of such crap torturetainment like Liger (yes yes Pan India warning here). Now I have another humble suggestion in the interest of the audience ‘pan’ India.  The audience should bombard the production houses and demand a refund. Such misleading, torture in the name of entertainment is not done while you guys have fun having coffees and thaalis all over India while promoting such unacceptable blunders. Get ready to taste the audience thunder for this as well.

Avoid Liger and keeps you taste buds for entertainment, respect for woman alive.