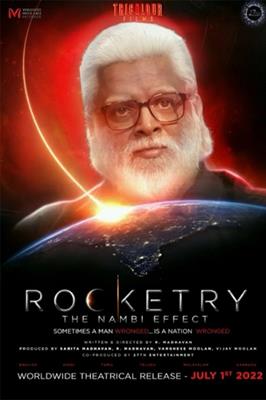 The movie tells the story of the Indian ISRO genius Indian aerospace engineer – Padma Bhushan Nambi Narayanan ( R. Madhavan). The man behind the Vikas engine which was instrumental in India’s Mission Mangal.

How the Vikram Sarabhai (Rajit Kapur) favorite fights against odds to study the subject he wants at the Princeton University in 1969, impresses Professor Crocco (Vincent Riotta) and gains expertise in liquid gases, rejects an offer from NASA.

Comes back to India and develops ISRO by managing to get hydraulic engine parts from Rolls Royce free. Getting 52 Indian scientists ready to be trained in France for the upcoming ISRO space missions and that’s not all, during the fall of the USSR, the Indian genius Nambi bags the cryogenic fuel-based engines deal at best price but destiny has something else to say.

The patriotic Indian who refused the highly lucrative NASA job to serve and develop ISRO for his country get accused of spying/espionage and is wrongly framed, humiliated, tortured. Even the God loving scientist Nambi’s family face the ire and backlash of the people around adding more salt and pepper to the wounds. 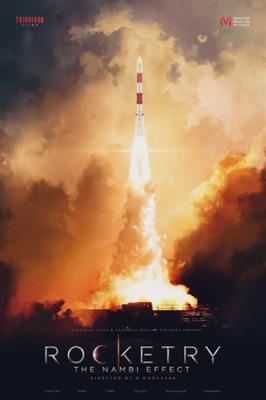 R Madhavan opens his directorial debut with a bang. The opening shot takes us into the early morning of Nambi’s family and how the happiness of this loving Indian family is shattered by wrong allegations of Nambi Narayanan called as a traitor, desh drohi. After the shocking arrest of  the Indian ISRO genius, the movie moves around 19 years ahead and we have super star Shah Rukh Khan interviewing Nambi Narayanan and we again go back to the early days of Nambi under his mentor Vikram Sarabhai and dear friend – none other than former President of India – A. P. J. Abdul Kalam (Amaan).

Director R Madhavan with his team of writers working on his own story (additional story by Anjali Nair, Ananth Narayan Mahadevan and Sreedevi Krishnan) with additional screenplay by Sukhmani Sadhana and Anjali Nair have a populist approach at heart but strangely begin with a technically sound mind approach and after the terrific start get into technicalities of liquid, solid gases, pressure etc that is a bouncer for the general audience.

But the witty winning one liner coming time after time by Madhavan during his technical training like “We Indians know how to make our wife’s smile, you must have heard about our population” is so pleasingly amusing.

Director R Madhavan’s passion to tell this story is evident frame by frame, the refined actor’s choice to tell the story of the genius Indian Padma Bhushan Nambi Narayanan on what happened to him deserves an extra pat on his back.

The wrong and framed allegation on Nambi Narayanan opened the debate on true and fake nationality. Looking at current times, Nationality, patriotism is a big issue and what makes you a true patriot is the layered crux of this movie.

When the audience will come to know what happened to Nambi and how badly was he treated like a criminal by the police, it may instigate anger and concern.

It’s the emotional effect that R Madhavan creates with the movie especially during the second half elevates this movie from any story based on real life incident or individual.

In his unending enthusiasm and unparallel passion (full marks for that) wrapped with respect to Nambi Narayanan Madhavan in his directorial debut takes the safe approach.

If Madhavan has gone into the struggle of how Nambi fought his allegations and won his pride would have pushed the envelope much much further than what it is at present.

However on the emotional and patriotic count it’s almost 10 out of 10.

And the award goes to R Madhavan – this could become a reality in all probability such is the dedication, passion, delivered by R. Madhavan over here. This will be surely remembered as one of Madhavan’s best performance of all time if not the best down the line. For actors like Madhavan – the best is yet to come – always.

Simran (Nambi's wife Meena) is awesome and in that one scene n second half, she steals the show.

The foreign actors - Vincent Riotta is fine while Branka Petric is decent.

And last but not the least,  King Khan – Shah Rukh Khan is superb 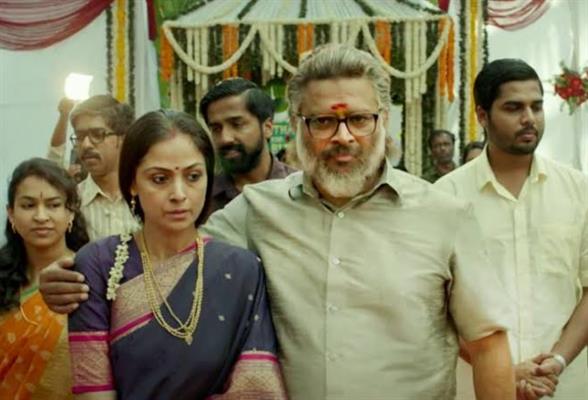 Special mention for the makeup team is a must - Vikram Gaikwad, Farah Tarapore and Rohan Jagtap deserve all the praises. 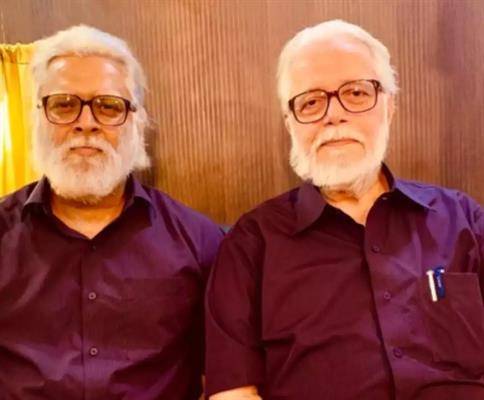 Rocketry: The Nambi Effect is an unforgettably humanistic, powerfully moving and passionate piece of cinema that brings out the best in actor and director R Madhavan.

The movie is a heartwarming, crowd-pleasing manner celebrates the genius of Padma Bhushan Nambi Narayanan and highlights his pivotal and game changing contributions in India’s space research history.

While doing so, the movie also peeps into the horrifying fact that how as a nation we have failed in understanding a true patriot.