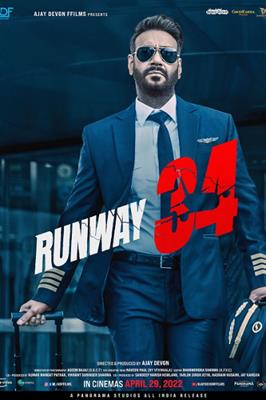 What: Ajay Devgn makes a triumphant return to direction with a thoroughly captivating and thrillingly engrossing aviation drama propelled by a compelling performance from Ajay Devgn, Mr. Amitabh Bachchan and Rakul Preet Singh.

Captain Vikrant (Ajay Devgn) and first officer Tanya Albuquerque (Rakul Preet Singh) find themselves under investigation led by Amitabh Bachchan as Narayan Vedant following a Mayday call before landing an aircraft in testing conditions. What happened on that flight, what made Captain Vikrant take this unexpected decision? All queries get solved in this captivation aviation thriller drama. 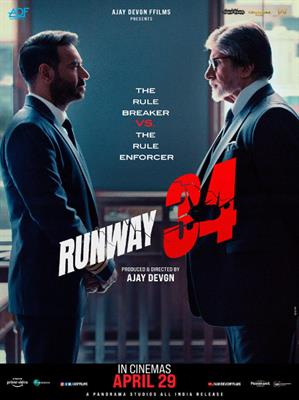 Loosely based on the real-life incident that happened during a flight from Doha to Kochi. Runway 34 makes a splash of the brilliant Clint Eastwoods Sully (2016) starring Tom Hanks and Robert Zemeckis Denzel Washington starrer Flight (2012).

However, the writers Sandeep Kewlani and Aamil Keeyan Khan make sure that Runway 34 gets its individuality immediately and stands tall as a terrific Indian aviation thriller drama.

Ajay Devgn in his third movie as a director after Shivaay (2016) and U Me Aur Hum (2008) ups his ante as a refined story teller. Ajay Devgn as a director has chosen different topics that have universal appeal in his directorial ventures.

Runaway 34 apart from a thrilling and captivating ride as an aviation drama is also a character study.

The best part of Runway 34 is the tight script and superb narrative by Ajay Devgn that holds the attention right from the word go.

Amitabh Bachchan is in his complete element.

Amitabh Bachchan is in his complete element.

The reactions/ camaraderie between passengers could have been explored more. Some characters like the woman with a new born baby, the aviation journalist get introduced but not explored further. 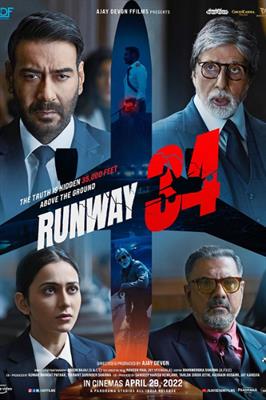 An aviation drama movie is a tough call and Ajay Devgn has taken this challenge in Runway 34 with great confidence, right from take-off to landing, this flight is unmissable. Plus, it’s a thoroughly captivating and thrillingly engrossing Indian aviation thriller drama, toh (so) missing this will be a crime.