Shamshera movie review: Who let the crows out in this well performed colossal waste 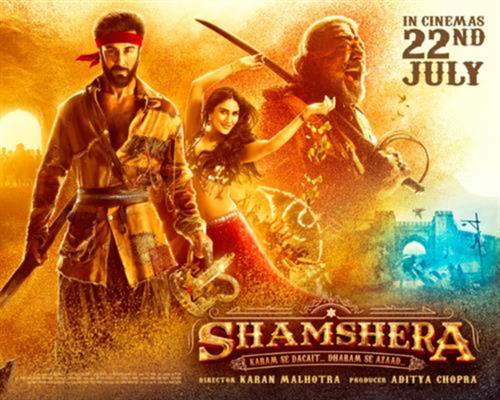 Shamshera movie review: Who let the crows out in this well performed colossal waste

What: Shamshera – YRF’s bid to save its dignity/pride after a series of disasters one by one gets stoned to death scene by scene in Karan Malhotra directed colossal waste of one hundred and fifty crores.

Set in the 1800s, Shamshera (Ranbir Kapoor) leader of the tribal dacoit tribes a ala Robin Hood - robs the upper caste rich and helps the lower caste poor. A warrior, a savior, He is the man. The upper caste rich ask for protection from the British and a ruthless no mercy upper caste cop Shudh Singh takes the charge of nabbing Shamshera.

With the help of British soldiers, Shamshera gets captured and a deal is struck between Shamshera and the British officer.

However a betrayal happens and Shamshera gets humiliated and killed for turning fugitive and breaking the trust of people from his own tribe.

Shamshera’s son Bali (Ranbir Kapoor in that much publicized double role) grows up to be a happy go lucky young man who hates his father and wants to join the police.

Obviously, one fine day Bali comes to know about the greatness of his father – Shamshera and what happens next. 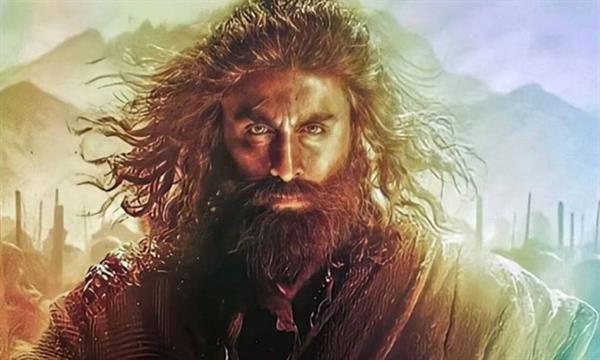 What to say when a production house like YRF is gung ho in spoiling multi cores. After Thugs of Hindostan we all believed that YRF will learn some lessons but they gave us a pathetic disaster like Samrat Prithviraj and now Shamshera completes the hat trick of YRF period disasters.

Honestly Shamshera is better than the epic 2018 disaster Thugs of Hindostan and in comparison with the YRF latest grand miscalculation filled with arrogance – Samrat Prithviraj starring Akshay Kumar, the protagonist Ranbir Kapoor and the antagonist Sanjay Dutt are superb.

Imagine an investment of around four hundred crore in two movies – Samrat Prithviraj and Shamshera by a reputed production house like YRF finds its product ( that’s the corporate world word for a movie) aiming for the top spot in the years worst movie list.

What is running in the minds of the think tanks of Aditya Chopra’s YRF?. Seriously.

Set in 1800, from the Mughals to the British to the Jungles to a Daaku (dacoit) to a tilakdhari cop played by Sanjay Dutt who talks about casteism with joy, boy this starts getting on your nerves and it continues. From jungle to jail to samundar to desert, to mandir and back to jungle and jail in an outdated, jaded and utterly predictable story which could have been easily written by a saatvi fail.

Here Neelesh Misra, Khila Bisht are the culprits as story writers and if that was not enough Piyush Mishra came in with his poetry that goes like dahaad, chihaad in a screenplay written after a dark nightmare experience by Ekta Pathak Malhotra and the director Karan Malhotra.

A series of travesties follow one after another. The tribute to Hitchcock – (the crows/birds) coming from where and why gets the cake. And what era is Vaani Kapoor representing?. The prisoners – people from Shamshera ji’s tribe seem to be walking right from the sets of KGF – the women folks especially.

The story, plot lacks emotions and the unnecessary use of castesim in the process is infuriating (What was the need). The pathetic special effects used in the scene were Ranbir Kapoor steals the Queen’s crown is the strong contender for the worst filmed stunt of the year.

The less I talk about Vaani Kapoor is better for her who is restricted to dancing and some romance with Ranbir Kapoor that lacks chemistry.

Saurabh Shukla is good but just drops from nowhere and  what the hell was Ronit Roy doing apart from a decent voice over. Waste after waste.

The best part is of course Ranbir Kapoor and Sanjay Dutt and whether you like it or not and sorry for Ranbir Kapoor fans, Sanjay Dutt is a force to reckon with – Baba is terrific though Ranbir kapoor does extremely well but…

Plus, the setting is good; the Ladakh shots are a treat thanks to Anay Goswamy’s camera.