Sooryavanshi Movie Review: An Action-Packed Diwali Dhamaka For All 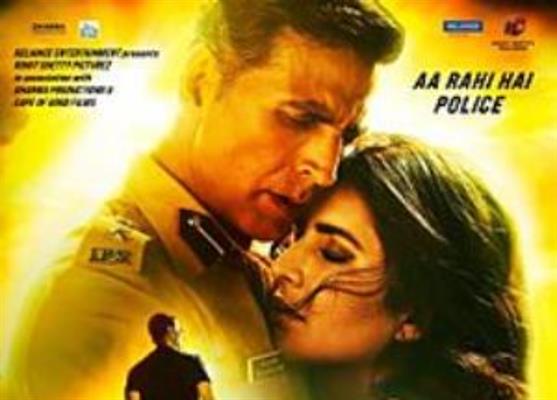 Sooryavanshi Movie Review: An Action-Packed Diwali Dhamaka For All

What: Sooryavanshi - Rohit Shetty’s fourth instalment of his cop universe starring Akshay Kumar with Ajay Devgn and Ranveer Singh making solid cameos is the blockbuster we all wanted this Diwali.

Mumbai is in danger Lashkar Khan (Jackie Shroff) has planned something devastating with Bilal (Kumud Mishra) – the 1993 bomb blast fugitive who has taken shelter in Lashkar Khan’s place.

Of his super cop franchise after Singham series and Simmba is a sure shot blockbuster right from the word go.

Sooryavanshi is what the doctors of mass action packed entertainers ordered and the fandom of Akshay Kumar, Ajay Devgn, Ranveer Singh and Rohit Shetty expected.

A blast of entertainment, heavy duty action which this time comes with a message of communal harmony, desh bhakti (patriotism), brotherhood, and sense of duty.

Beginning with the narration by Ajay Devgn which recalls the horrific inhuman 1993 Mumbai blast that shook the world and continues with the more deadly and devastating 2008 terror attack on iconinc Mumbai locations.

Rohit Shetty adds personal drama into the mission of DCP Veer Sooryavanshi and his relationship with his wife Riya (Katrina Kaif) a doctor and son Aryan.

The conflict between Soryavanshi and Riya is not forced and comes naturally. This ‘family’ portion doesn’t hinder the flow of the story as it happens sometimes with movies of such genre.

The song Mere Yaaraa by JAM8 and sung by Arijit Singh and Neeti Mohan has come out well.

The screenplay by Yunus Sajawal on the story by Rohit Shetty comes with right punches of action, emotion, comedy and patriotism at right time.

Special mention for the action by Rohit Shetty and Suniel Rodrigues is a must, the action is a blast and any action junkie will just love it.

Rohit Shetty’s mass appealing and superbly entertaining direction ensures that the audience is hooked and there is no boredom.

Akshay Kumar is top-notch. His entry, his action, his emotional scenes, Akshay is outstanding. Sooryavanshi will make the fans of Akshay Kumar dance with joy.

Katrina Kaif looks ravishing and her chemistry with Akshay Kumar is fabulous. The ‘tip tip barsa paani’ number is bound to create ripples in coming days.

Ajay Devgn is class apart. Rohit Shetty keeps something special for his favourite and this time too, Ajay Devgn as Singham nails it and gives his fans a time of theor life.

Ranveer Singh is striking as a flash of light and entertains to the core. The Simmba is such a delight.

Ample of such moments, listing few of them – the entries of Akshay Kumar, Ajay Devgn, Ranveer Singh. The mind-blowing action. The dialogues (mentioning will spoil the fun). The banter/camaraderie between Akshay, Ajay and Ranveer and that Ganpati Bappa scene.

Needless to say, logic goes for a toss. Its damn predictable and cliché.

Sooryavanshi is the grand action-packed Diwali bonanza we all wanted. The out and out winner by Rohit Shetty has everything an Indian mass action drama should require. The prime reason we go to theatres since our childhood. Enjoy.