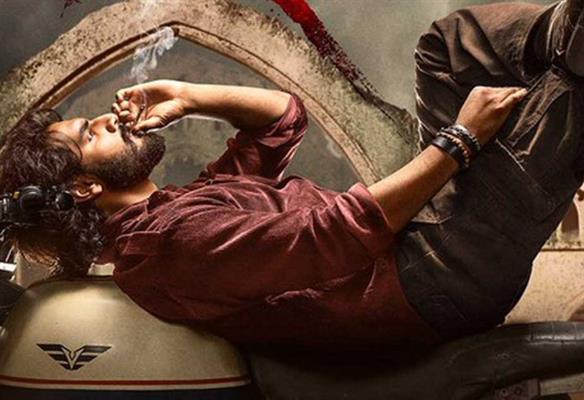 What: Tadap movie review – The debut of Ahan Shetty in the remake of the Telugu runaway hit RX100 by Milan Luthria is the perfect launch for Ahan Shetty – the son of Bollywood action star Sunil Shetty.

Ishana (Ahan Shetty) a young aggressive man but with a pure heart of gold from the picturesque hills of Mussoorie falls in love with the local strong man and politician Damodar Nautiyal’s daughter Ramisa (Tara Sutaria).

Ramisa is educated in London and Ishana is the son of Daddy (Saurabh Shukla) = the adoptive father.

Ishana and Ramisa are poles apart in status, behavior etc but opposites attract and they both start feeling common vibes.

But destiny has something else to say, hold on but not the same story we heard thousand times between a sweet city girl and a local toughie, it’s the desire, the longing, the betrayal that shatters the faith and more in this raw, rustic, & striking love story.

The prime reason of watching this Telugu hit RX 100 remake by Once Upon A Time in Mumbai and Dirty picture fame jodi of writer (Rajat Arora) director (Milan Lutharia) is Ahan Shetty and coming straight to the point, Ahan Shetty has it in him.

Ahan Shetty is not that typical boy next door material, for the high class who are fed and grown up by international high class urban romance, the desi Ahan Shetty for them may be the routine zomato, swiggy delivery guy material.

But those might be the ones who have hated RX100 and or Kabir Singh in that matter. I have loved both of them and I have loved KKHH (Kuch Kuch Hota Hai) and Rajesh Khanna’s Amar Prem as well.

So basically to appreciate movies an understanding of the genre is a must.

Keeping that in mind, undeniably Ahan Shetty has that rawness, aggression in him, the face is comparatively soft making it a perfect combo for a young aggressive mainstream hero.

The kind of hero that strikes chord with the masses, the ordinary looking character that can do extra ordinary things and the crowd accepts it.

I loved RX 100 for its raw, aggression intensity wrapped in the innocence of Kartikeya Gummakonda.

The same I noticed in Ahan Shetty and the Milan Lutharia has given Ahan the same aura and build up. Interestingly, the Ajay Bhupathi directed 2018 hit RX100 was a major breakthrough in Payal Rajput’s career and Ahan in his debut will be hoping to get the love of the audience and he has qualified for the same.

Milan Lutharia introduces Ahan like an action star, coming on a motorbike, breaking the door; it’s a stylish and massy debut. Mind you it was risky but Ahan has pulled it off.

As far as Ahan is concerned, Milan Lutharia and Rajat Arora get it right and yes Ahan’s hard work has paid good results.

However, Tara Sutaria looks beautiful in every frame and perfect as the sweet girl next door but here she is strictly okay. Tara is not bad but looking at the rare ‘twist’ in the second half, Tara’s character Ramisa could have been more improvised cause Ahan Shetty’s character  Ishana is raw and rooted.

Anyway, the solid support of Saurabh Shukla as Daddy, and Kumud Mishra as Damodar Nautiyal, Ramisa's father covers the blunder to a considerable extent.

The action sequences are well shot and will appeal to the masses.

I expected Milan to add some nuances of his own in this earnest adaptation.

But I have one point to make to Rajat Arora and it’s about that exchange of book sequences where books of Premchand, Ved Prakash are thrown at each other by Ishana and Ramisa.

What you where trying to convey Rajat Arora, not acceptable from a writer to use the great works of Premchand to manipulate a simple basic emotion in a mainstream cinema. Kya ‘tadap’ this bhai yeh karne ki.

Coming back to the movie ‘Tadap’, the chemistry between Ahan Shetty and Tara Sutaria is striking.

Special mention for Pritam's music and Irshad Kamil's lyrics is a must. “Tumse Bhi Zyada” and “Tu Mera Ho Gaya Hai” are going to stay long.

Tadap is a raw, rustic, & striking musical love story that introduces Ahan Shety - the dark horse that has the potential to stay long against all storms like Ajay Devgn. The iconic angry young man given by the icon for the icons Amitabh Bachchan that later came with different shades like Anil Kapoor as Munna in Tezaab. Ahan Shetty - the angry young lover of Bollywood.