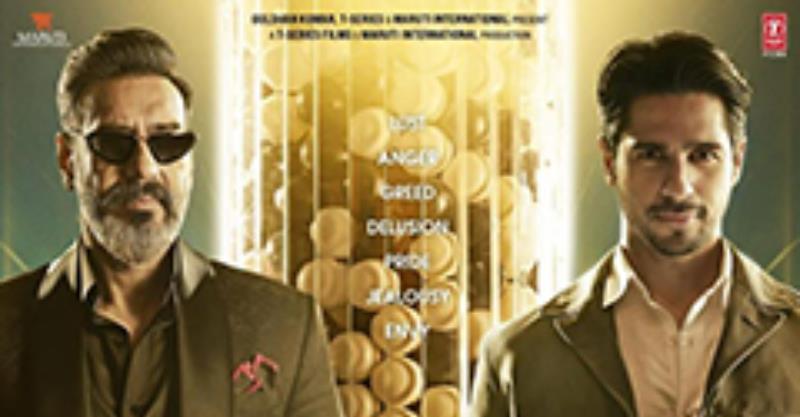 What: Thank God – The Ajay Devgn, Sidharth Malhotra and Rakul Preet Singh starrer is a perfect Diwali gift by Inder Kumar for family laced with emotions and life assuring messages on humanity.

A once successful real estate agent Ayaan Kapoor (Sidharth Malhotra) who made solid hay before the demonetization is now finding it tough to survive. His house is on sale, his car is about to be taken by the bank for nonpayment of dues.

The frustrated Ayaan is unable to give quality time to his family and is so desperate to find his winning streak that he is giving multiple offers to Lord Hanuman in temple while ignoring the starving poor people at the temple steps.

Ayaan’s temper is also a major issue. One day, he meets with an accident and finds himself in heaven where he is the latest participant of the ‘Game of Life’ conducted by CG (Ajay Devgn) in association with Yamdoot (Mahesh Balraj) and Apsara 1 and Apsara 2.

Hanging between life and death, Ayaan has to win the game to get back to his life otherwise he has to rot in hell.

CG modeled on Bhagwaan Chitragupta played by Ajay Devgn is the one who has all the records of the good and bad deeds of every human.

There is nothing ground breaking in Thank God as far as the theme is concerned, the best part of Thank God is its simple free flowing script by the writers, the powerful one liners coming now and then and the engaging, enlightening narration by Inder Kumar that his the right cord.

Yes it plays on the common human traits, it may be very filmy and happy to be in the 90’s plus melodramatic, obvious and manipulative but it works and works to satisfaction.

The emotional moments during the last 15 – 20 minutes are a knockout.

Ajay Devgn is in his complete element and does a terrific job. Outstanding and his one liner’s will bring whistles and cheers in theatres.

Sidharth Malhotra is brilliant and is very very natural.

Rakul Preet Singh is fantastic and has a good role.

Mahesh Balraj as Yamdoot has his moments

Kiku Sharda is hilarious in a cameo

And last but not the least, Nora Fatehi as Reema provides the oomph quotient.

What will you ask for in Diwali from Bollywood?

A family entertainer that hits the emotional chords, provides you laughter?. But when while doing so if a movie manages to infuse some good virtues of humanity, spirituality and good deeds and restores your faith in your loved ones, the almighty and sweeps you then it becomes something special. Thank God is not that special as an art in movie making, its special in its human and emotional connect. Going with an overwhelming 4.5 stars, an full extra star for not spoiling the festive mood and reassuring life.

Unsolicited advice: carry a handkerchief you may need it during the climax?