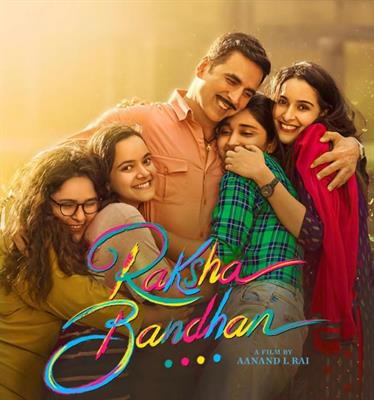 Aanand L Rai’s ‘Raksha Bandhan' is all set to release on the 11th August, the same day as the festival it was named after. The film stars Akshay Kumar as well as Bhumi Pednekar. But there are four more cast members that play a vital role in the story, the 4 sisters.
The 4 actresses have stolen the cast’s heart and are all set to rule the hearts of the fans with their acting talent.We got a chance to talk to these lovely ladies and asked them to share what some of their lesser known talents and skills were. And here’s what they had to say:
Sadia Khateeb
Sadia Khateeb who debuted in the 2020 movie ‘Shikara’ says “People don’t know a lot about me that includes that I can sing, I can dance , I can paint, I am a fairly good cook and I can ride horses”
Smrithi Srikanth
Smrithi Srikanth of the ‘Cherry Bomb’ youtube channel fame plays one of the 4 sisters in the movie. She says, “ I am a freestyle dancer. I feel good whenever I dance. Apart from that I am a decent singer, not the professional one but, okayish. And I have recently started doing gymnastics so i can do a few basic elements like back walkover and a kip-up”
Deepika Khanna
Deepika Khanna, who has acted in several web series and TV shows since her debut in 2018, says “I love to paint. Not professionally, but I love painting. It’s my go-to thing to do when I want to relax or destress.”
Sahejmeen Kaur
Sahejmeen Kaur, who will debut with Raksha Bandhan says, “You play me any song and I can do its hook step. I can also guess the song by its tune in the first 30 seconds and I can sing that well. And the most secretive hidden talent of mine is I can mimic and write poems as well.”
Directed by Aanand L Rai, Produced by Aanand L Rai and Himanshu Sharma in association with Zee Studios, Alka Hiranandani and Cape of Good Films, written by Himanshu Sharma & Kanika Dhillon. Music of Rakshabandhan has been composed by Himesh Reshammiya and Lyrics are by Irshad Kamil. Raksha Bandhan featuring Bhumi Pednekar, Akshay Kumar, Neeraj Sood, Seema Pahwa, Sadia Khateeb, Abhilash Thapliyal, Deepika Khanna, Smrithi Srikanth, Sahejmeen Kaur and Sahil Mehta is all set to release on 11th August 2022.
Tags : Raksha Bandhan Sahejmeen Kaur Deepika Khanna Smrithi Srikanth sadia khateeb