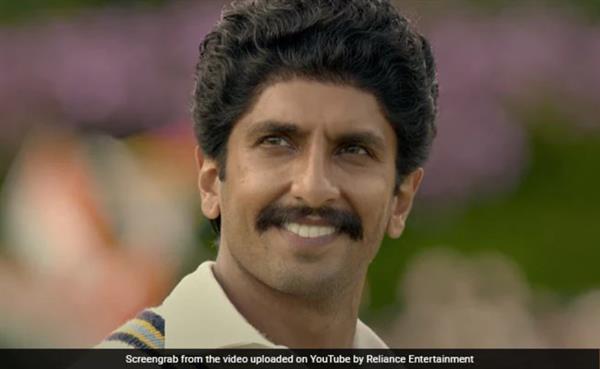 The most awaited trailer of 83 is finally here.

If this is the trailer then there is no doubt that the movie in Indian cricket history’s greatest glory by Kabir Khan starring Ranveer Singh is set to write cinematic history.

The trailer of '83 dropped today morning and naturally burned the Internet.

Around thirty eight years ago on June 25, 1983, the most underrated underdogs – the Indian cricket team under the captaincy of Kapil Dev wrote history in the world of cricket by ending the Caribbean’s – West Indies dream undefeated run at the World Cup at Lord's. They defeated the so called invincible West Indies and stopped their hat rick of world cup wins.

The trailer rekindles that great feeling of pride, especially amongst those who have watched that glorious moment through their naked eyes on TV.

The trailer opens with that unrecorded India's match against Zimbabwe on June 18 in 1983 at the Nevill Ground in England. Kapil Dev scored 175 in the mach coming at a hopeless situation of India down at 17 for the loss of five wickets.

Deepika Padukone plays Roma Bhatia Kapil Dev’s wife and she is right into the skin.

The best part was the line when Ranveer Singh as the Hariyana Hurricane – Kapil Paaji in his famous baritone says, "We are here to win”.

Sharing the trailer on Instagram, Ranveer Singh wrote: "The incredible true story of the underdogs who pulled off the unthinkable!"

Watch the trailer of '83 here

83 will open in theatres on December 24 this year in Hindi, Tamil, Telugu, Kannada and Malayalam.