Jhund : Aamir Khan all praises for the Amitabh Bachchan starrer 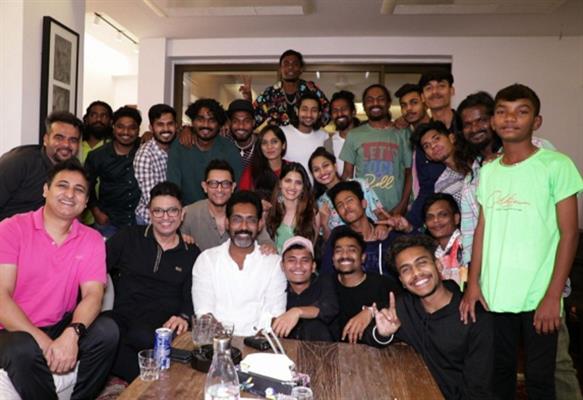 Jhund : Aamir Khan all praises for the Amitabh Bachchan starrer

Megastar Amitabh Bachchan's Jhund, directed by Nagraj Popatrao Manjule who is admired for his exceptional filmmaking skills, has raised the expectations of cine-goers ever since its impactful trailer was launched.

Audiences all over India, are keenly looking forward to thespian Amitabh Bachchan essay one of his most significant roles on screen.

Aamir Khan caught the stirring story recently at a special screening that left him emotionally wrought at the sheer brilliance of the film! It's not easy to impress this genius filmmaker's mind, but not only did the powerful film evoke awe and inspiration for the actor, but he also expressed tremendous respect for Team Jhund for bringing together such a motivating story.