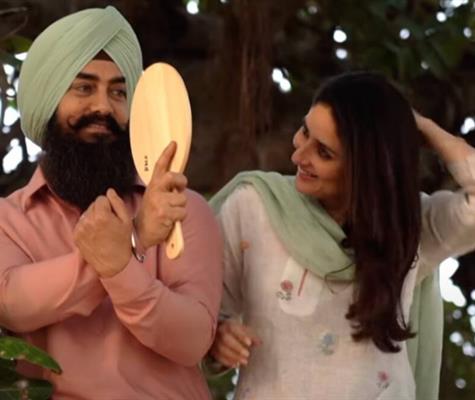 The upcoming film Laal Singh Chaddha, a remake of Hollywood classic Forrest Gump, is getting hate on social media for comments that Aamir has made about India a few years ago. Many are calling for a boycott of the film.
As per an report, when asked if such campaigns against his films make him upset, Aamir said, “Yes, I feel sad. Also, I feel sad that some of the people who are saying this, in their heart, they believe that I am someone who doesn't like India. In their hearts they believe, but it is untrue. It is rather unfortunate that some people feel that way. That's not the case. Please don't boycott my film. Please watch my film.”
Tags : Laal Singh Chaddha Aamir Khan kareena kapoor