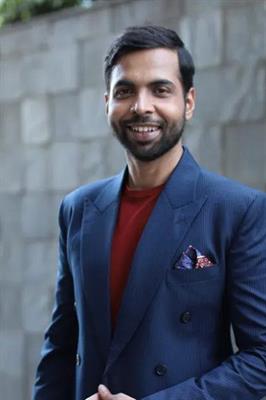 You can expect nothing less than brilliance when two progressive and innovating filmmakers come together.

Yes, the wait to witness the magic of Shwetaabh Singh, who is on the stride of placing Indian Cinema on the global map and the powerhouse actor and celebrated casting director Abhishek Banerjee is finally over!

Shwetaabh and Abhishek Banerjee have made official that they start their own production house, Freaks. But this isn’t where they started their journey together.

Belonging to the same college and theatre society “The Players”, which has given many luminaries to the industry, they go a long way back.

While speaking about the same, Shwetaabh Singh said, "Abhishek is someone I have always looked upto since college. We relate with each as we belong to the same school of sensibility. I have always wanted to back new talent, stories, and innovative ideas. Abhishek through his work has always done that whether as an actor or as a casting director has been doing exactly the same.

The path that he has carved on his own is something that gives me a lot of confidence. This isn’t a start for us, rather it’s a continuation of our journey that started way back in college."

In a similar vein, Abhishek Banerjee said, "With Freaks, Shwetaabh and I plan to make a cinema that is powerful yet relatable. Unique not just in terms of idea but something that also stands out in treatment and execution.

I am excited to collaborate with him because from college theatre to making cinema together is a journey where we have grown so much parallel and together.

Shwetaabh is an FTII graduate and his ideas shine through his work. Our vision aligns perfectly.”

Freaks will give a platform to young talent from all corners of the nation. It will collaborate with new writers, filmmakers, camerapersons, among others.

The powerhouse duo aims at creating unconventional, unique, and out-of-box films with their venture.

In fact Abhishek says “We have finished a short together which we will announce soon. We are really excited as this is going to be one of the most unique and expensive shorts ever produced in India.”

Meanwhile, Abhishek Banerjee is hailed for his performances in Stree, Mirzapur, Unpaused, and Ankahi Kahaniya the recently released Rashmi Rocket - to name a few. Their coming together guarantees something sensational.