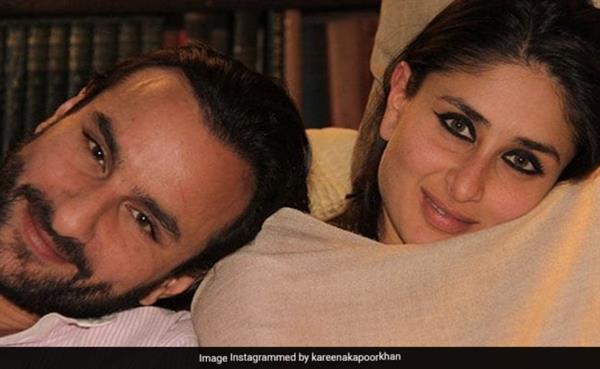 Something has made Saif Ali Khan go jubilant and if the reason is not Kareena Kapoor, then what find out.

It’s a film wrap for Lankesh!!! Had so much fun shooting with you SAK!!!#SaifAliKhan #Adipurush #AboutLastNight pic.twitter.com/WLE8n0Ycu7

"It's a film wrap for Lankesh," wrote the film's director Om Raut

Saif Ali Khan wrapped the final schedule of Om Raut's forthcoming film Adipurush. Other than Saif Ali Khan, the film also stars Prabhas, Kriti Sanon and Sunny Singh. The film's director Om Raut, today morning shared pictures from the set of the film along with Saif Ali Khan, who will star as the antagonist Lankesh in the film. Sharing the pictures from the film wrap, he wrote in his caption: "It's a film wrap for Lankesh! Had so much fun shooting with you SAK." He added the hashtags #SaifAliKhan, #Adipurush and #AboutLastNight to his post. The pictures from the schedule wrap are trending big time on social media.

Adipurush will release in Hindi, Tamil, Telugu, Kannada and Malayalam in theatres. The film will be shot in Hindi and Telugu. Adipurush will hit the screens on August 11, 2022. It will be directed by Om Raut.