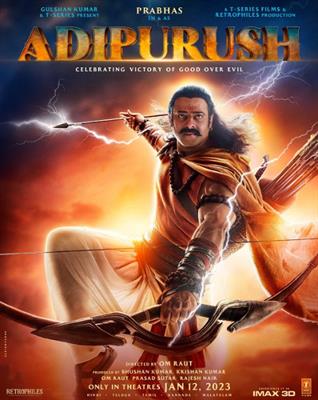 Finally, the most highly awaited teaser of Prabhas starrer Adipurush teaser was released today on the Holy banks of Sarayu river, Ayodhya, the birthplace of Lord Ram with great aplomb.

Prabhas entry before the trailer launch was a goose bumps experience for the people present.

Is the same feeling with the trailer..

The makers released the trailer and here is our review of what we feel about Adipurush teaser. 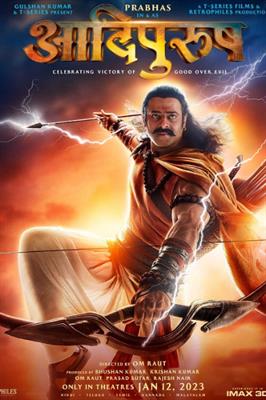 The posters were not exciting enough but I strongly believed that National award winner film director Om Raut will come out with something exceptional.

Imagine a super mega star like Prabhas in world’s greatest epic – Ramayana with a whooping budget of 500+ crores, I expected goose bumps.

But sadly with a heart bleeding with pain, the mega expectations came crashing down within 1minute and 47 seconds.

Prabhas looked was nowhere near the charm of Lord Shree Ram and what are they trying to show Ravana as.

It seemed like Saif Ali Khan came sleep walking right from the sets of Tanhaji.

Ramayana is an epic of great significance, great knowledge and the greatest manual in explaining the duties and responsibilities of  a man as a son, brother, King, warrior etc.

On the positive side

Kriti Sanon as Goddess Sita is passable so are Sunny Singh and Devdath Nage as Lakshman and Hanuman.

The visual effects are nothing extraordinary.

Its an extravaganza but not at par with the expectations and the level it promised.

I sincerely pray that the movie comes out with something extraordinary and proves me wrong.

Adipurush is an upcoming Indian Hindu mythological film based on the world’s greatest epic Ramayana.

Adipurush is scheduled to be theatrically released on 12 January 2023 in 3D, and IMAX 3D.