Mahesh Babu : Adivi Sesh's Major will be a solid hit in Hindi 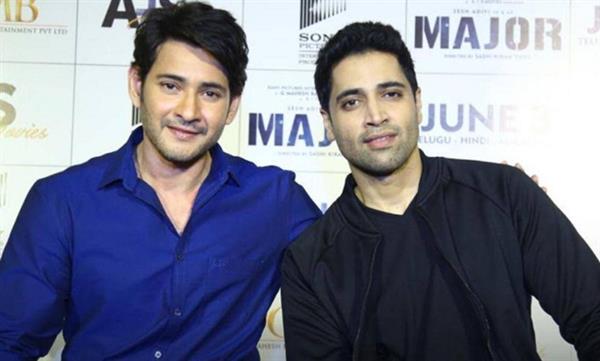 Mahesh Babu : Adivi Sesh's Major will be a solid hit in Hindi

Telugu biggie Mahesh Babu who recently was in the midst of controversy regarding his statement on Bollywood – Hindi movies has come out praising the upcoming Adivi Sesh Hindi debut Major.

Mahesh Babu who is also one of the co producers of the Indian biographical-action drama directed by Sashi Kiran Tikka based on the life of Indian brave heart Major Sandeep Unnikrishnan.

Sandeep Unnikrishnan – the army officer who was martyred on duty during the November 2008 Mumbai attacks.

Adivi Sesh (in his Hindi film debut) portrays Major Sandeep, the title character, in addition to writing the script.

Mahesh Babu says, “I have been producing my own films in the recent past. So, when I and my wife decided to float a new banner to encourage content-oriented films, we thought of this story about Major Unni Krishnan. I have seen the film and am confident that the film will be a good hit in Hindi as well."

Produced by Sony Pictures International Productions, G. Mahesh Babu Entertainment, and A+S Movies. Major is the biographical-action film directed by Sashi Kiran Tikka based on the life Major Sandeep Unnikrishnan - an army officer who was martyred on duty during the November 2008 Mumbai attacks.

Major is scheduled to be released worldwide on 3 June 2022 in Telugu, Hindi and Malayalam languages.