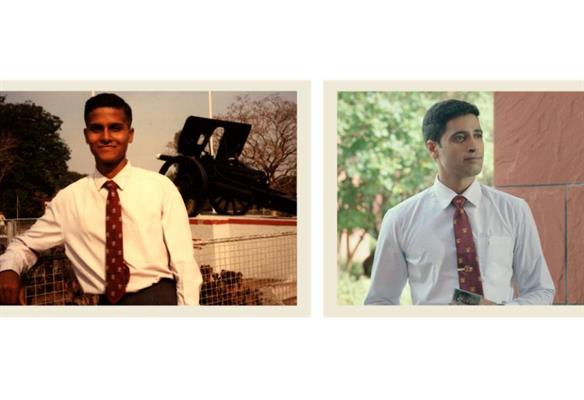 Marking the 45th birth anniversary of the brave heart martyr Sandeep Unnikrishnan, Adivi Sesh pays an ode to the memories and experiences of the late officer in a special video recreating his real life moments.

In a special video, paying a tribute to Sandeep Unnikrishnan, the makers have put together real life pictures of from the various phases and experiences of the NSG commando's life against the recreated reel life pictures.

Depicting the journey of Sandeep Unnikrishnan from childhood, glorious years in the army to the devastating Mumbai 26/11 attacks where he sacrificed his life for the nation, Major celebrates the spirit of the the late legendary officer's life.

Heroes are not born, it is what they do that makes them a legend. On the birth anniversary of Major Sandeep Unnikrishnan, here's a glimpse of a simple yet beautiful journey of one such legend and son of India, whose bravery lives on even today. #MajorReflections #MajorTheFilm pic.twitter.com/AH4qMexrzk

Mounted on a large scale, the pan India film offers an insight into Sandeep Unnikrishnan's dedication, courage, sacrifices, and spirit of life.

Earlier this year, the makers released the lyrical versions of the first song of the film in Telugu and Malayalam titled Hrudayama and Pon Malare respectively, presenting the refreshing chemistry between Adivi Sesh and Saiee Manjrekar.

Also Read :RRR will break the collections of Baahubali - Rajamouli 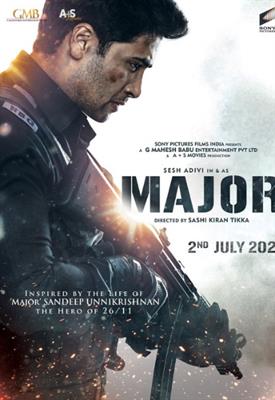 Also Read :PM Modi: “More films like the 'Kashmir Files' need to be made”