After Ugly, ‘Almost Pyaar with DJ Mohabbat’ is the next Anurag Kashyap film solely written by the filmmaker! 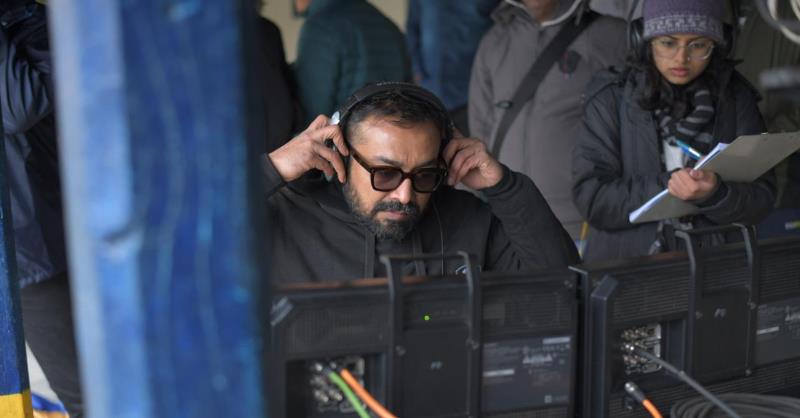 There is no question that Anurag Kashyap is amongst the finest filmmakers in the country today considering his distinct vision and breakthrough cinematic offerings. However, very rarely have we seen his expertise at penning down scripts, an exception he made for ‘Ugly’ and now his recent directorial ‘Almost Pyaar with DJ Mohabbat’. After ‘Ugly’, ‘Almost Pyaar with DJ Mohabbat’ is Kashyap’s next that has been solely written by him, making this a film that’s close to his heart.
A film about young people finding themselves, finding love, being hungry for it in a world plagued with prejudices, predatory behaviour and a total lack of unwillingness among the older generation to understand, ‘Almost Pyaar with DJ Mohabbat’ speaks to young India in a manner that’s real and relatable. Talking about why the film holds a special place in his heart, Anurag Kashyap shares, "I’ve had the story idea brewing in my mind for a long time. I have always liked to explore relationships in the context of big cities, big towns, small towns, and middle class relationships.
I was in conversation with my daughter and by the end of our discussion it hit me that it was important to explore struggles, challenges that the GenZ generation undergoes.With that in mind, I set out to write the stories, fun, musical love stories with the help of Shellee and Amit Trivedi. We also improvised as we went along with the gen Z actors Karan and Alaya. It’s after a long time I have gone back to pen and paper and wrote a script. Actually after Ugly, something that originated entirely from me." 'Almost Pyaar with DJ Mohabbat,' starring Alaya F and Karan Mehta who marks his debut, The film is touted to be Anurag Kashyap's ode to modern love. Presented by Zee Studios under the Good Bad Films production is slated to release on 3rd February 2023.
Tags : Anurag Kashyap Almost Pyaar with DJ