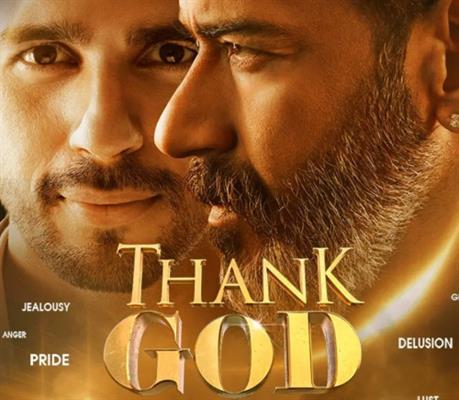 After a case was filed by a lawyer in Uttar Pradesh and Hindu Janajagruti Samithi demanded a ban on the movie Thank God, another complaint has been registered against the Ajay Devgn-Sidharth Malhotra starrer by Kayastha Samaj in Rajasthan.
In their complaint, the group has accused the makers of hurting their religious sentiments. The complaint has been registered against the actor Ajay Devgn and producers among others.
The representatives of the Kayastha community led by social worker Chandrakant Saxena filed the complaint at the Nihalganj police station under the banner of the Sri Chitragupta Committee as per the reports shared by the media agency.
Tags : Sidharth Malhotra Ajay Devgn thank god