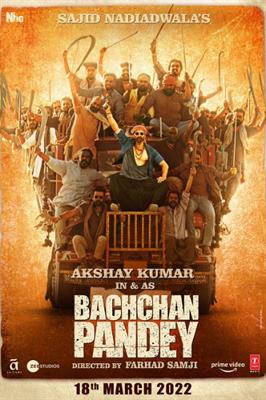 Bollywood star Akshay Kumar said his upcoming film “Bachchan Pandey” will arrive in theatres during the festival of Holi on March 18.

Akshay Kumar announced the release date on his social media alongside a still from the film and wrote “Action, Comedy, Romance, Drama, L-O-A-D-I-N-G this Holi! #SajidNadiadwala’s #BachchanPandey in cinemas on 18th March, 2022,” Kumar captioned the post on Instagram.

Akshay Kumar plays a gangster who dreams to be an actor.

Kriti Sanon plays a journalist who desires to be a film director and Arshad Warsi plays a struggling actor.